Tobechukwu Victor Okoh is a Nigerian singer and songwriter who goes by the stage name of Peruzzi. He is often called the Vibes Machine because of his ability to release songs at short notice for himself – and whoever is able to fork over his fees.

Born to an engineer father and a nurse mother, Peruzzi is the last of three children. He has two elder sisters. Peruzzi’s interest in music dates back to when he was seven years old. At the time, his father had bought him a piano.

According to him, every member of his family sings. He was a member of the choir, and the first song he ever learned to play was a Christian song. His destiny wasn’t in gospel music, however.

Peruzzi was in medical school in the Ukraine and doing random gigs. He was motivated by the positive feedback he received for his singing and decided to return to Nigeria to focus on the music.

He was formerly affiliated with Patrick Anyaene’s Golden Boy Entertainment but is currently with Davido’s DMW (Davido Music Worldwide). Peruzzi confesses not to have a proper contract with Davido but also admits he is not worried because Davido is “my guy.” 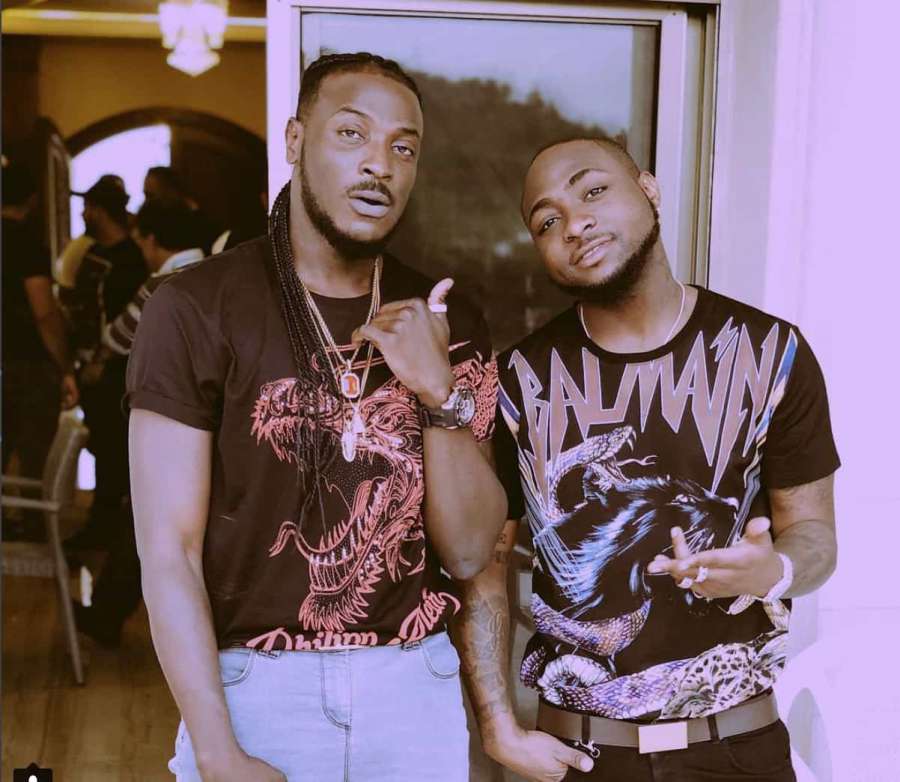 Peruzzi is pretty new on the music scene, but he has done pretty well for himself. He is counted among the richest young musicians in Nigeria, with a net woth of about N100 million.

Peruzzi is often assumed to be a medical doctor because he had a stint at the Odessa National University in the Ukraine where he went to study medicine and surgery. But he didn’t complete his studies and didn’t obtain a degree from the institution.

After his fifth year in medical school, following the stealing of his passport, he had issues in the Ukraine. He decided to get a new passport and eventually returned to Nigeria.

Peruzzi didn’t complete his studies at the university, but it doesn’t look like it is something he regrets. He has done well musically. The songster had his primary education at Lerato Primary School in the Egbeda area of Lagos and his secondary education at the Command Secondary School in Ikeja.

He had a stint at the Odessa National University in the Ukraine but failed to complete his studies. His father was frustrated but him quitting school in his fifth year but has since accepted him – thanks to a successful music career.

The songster acquired a Mercedes Benz GLS 450 4matic sometime in 2019. There is a car he particularly fancies but is yet to acquire. In a tweet on 16 January 2020, the songster made it known that he wants a Bentley.

A Bentley is no novel ride in the DMW family. In fact, label boss Davido owns a Bentley Bentayga and several other luxury cars with a combined value of almost 1 billion.

While Peruzzi does not own as many expensive whips as his boss, he has displayed an extremely high taste in cars. His dream of a Bentley just might materialize one of these days. Who knows?

Amid claims of breach of contract by Golden Boy Entertainment boss Patrick Anyaene, Peruzzi had bought a house the pictures of which he shared on his Instagram page.

At the time, it couldn’t be confirmed that he had bought the house. It became apparent that indeed he had, when DMW boss Davido congratulated him on his Instagram page.

It is unknown if Peruzzi has other houses besides the one he showcased on social media. 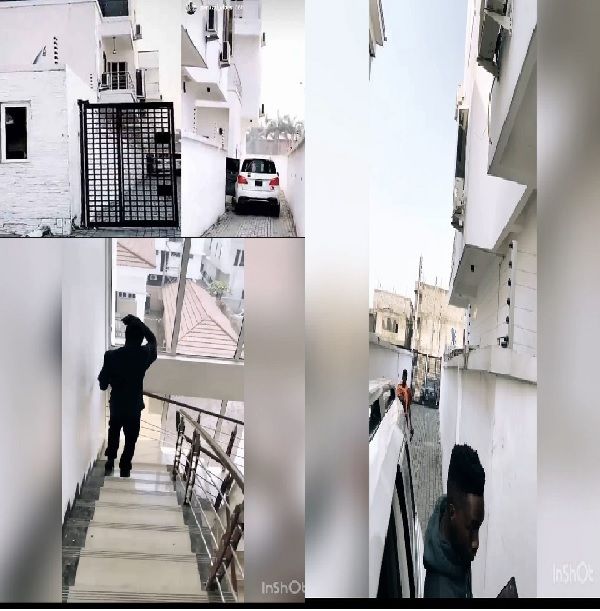 As a celeb with great social media following, Peruzzi has had his fair share of women. At some point, he was rumored to have dated Chioma Avril Rowland and then “offloaded” her to his label boss Davido. He denies this though.

According to him, Chioma is a distant cousin. In a chat with the Punch, he had called Chioma his mother’s cousin’s daughter.

In late 2019, a fan had asked him if former Brother Nigeria housemate Cynthia Nwadiora, also known as Cee-C, was his girlfriend and he had responded in the affirmative. 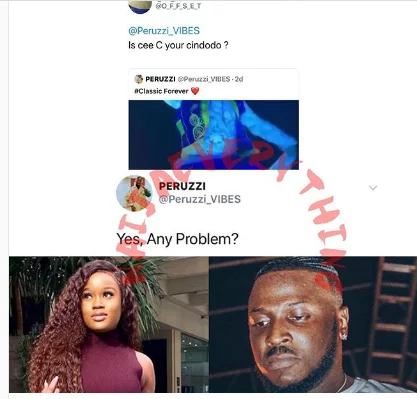 Tags
Peruzzi
John Israel A Send an email 17 January 2021
Back to top button
Close
We use cookies on our website to give you the most relevant experience by remembering your preferences and repeat visits. By clicking “Accept All”, you consent to the use of ALL the cookies. However, you may visit "Cookie Settings" to provide a controlled consent.
Cookie SettingsAccept All
Manage Privacy