Sbahle Mpisane is a South African television personality and fitness instructor with an impressive following on social media.

Her family is into the contraction sector in South Africa, which must have influenced her decision to study housing and town planning at the University of Kwa-Zulu Natal. However, it is as a television personality and fitness nut that she has achieved fame.

She is one of the believers that if you can stream it, then you can achieve it… You only have to put in the work. Much loved for her personality and fitness routine, Sbahle Mpisane is currently inspiring a generation of women in South Africa.

“I broke all the bones in m body,” the television personality recall about her accident of August 2018. She had reportedly lost control of her car, which overturned and burst into flames. Emergency officials had had to use every expertise available to them to get her out of the wreckage.

Looking back, Sbahle Mpisane cannot explain how she survived the wreckage; she could only attribute it to divine preferment. Her doctors are of similar view. She spent several months in ICU. When she left there, she was confined to a wheel chair and suffered from amnesia. 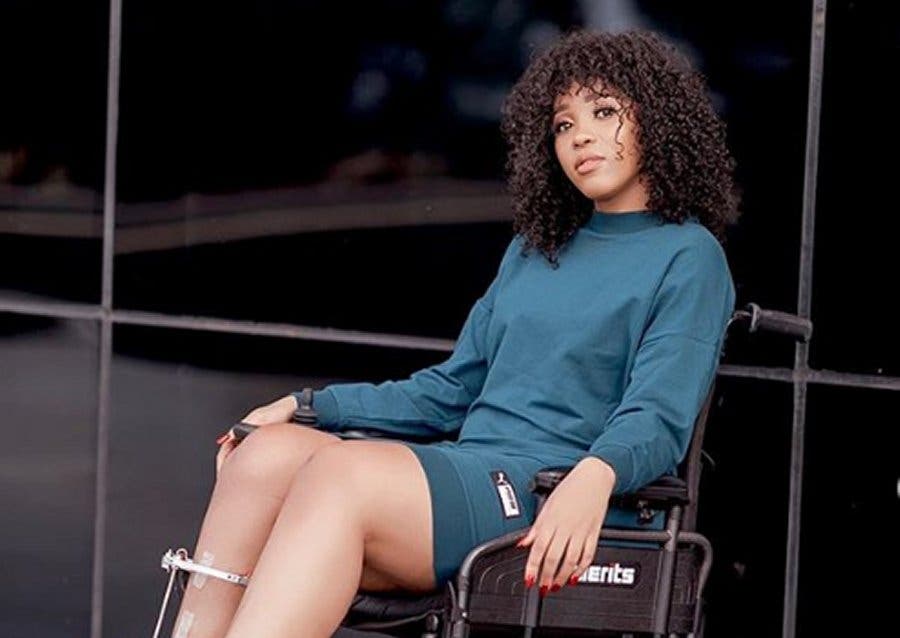 Sbahle Mpisane is doing great in many areas and easily takes a spot and Mzansi celebs who are pretty comfortable. Her net worth is said to be betweenR10 to R13 million

Some Sputh African celebrities are said to own snakes which not only make them rich but famous as well. Sbahle Mpisane is among those who are said to own this mysterious reptile

Over a year back, rumours had hit town that Sbahle Mpisane owns a snake which was responsible for her becoming famous. She denied this, posting a photograph of the real owner. 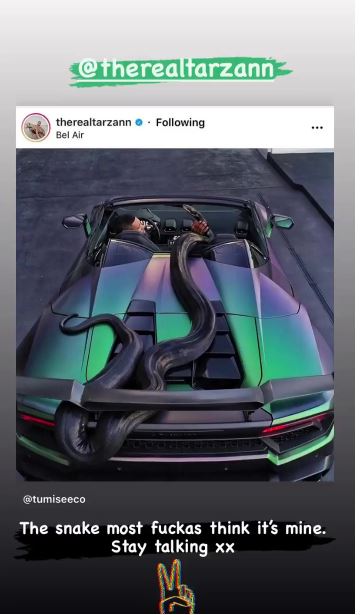 Andile Mpisane is Sbahle Mpisane’s brother. Andile manages a soccer team and has interest in other businesses. He recently celebrated his 20th birthday and announced a gift of 200k to 20 students in the spirit of the #FeesMustFall campaign in South Africa.

A young lady, rich and fit like Sbahle Mpisane easily has the attention of some of the choicest men out there. And really, the media personality has had her share of this category of men.

In 2019 she was rumoured to have ditched her footballer boyfriend and Bafana Bafana star Itumelang Khune. She denied it at the time. But in 2020, the relationship was over.

Speaking about the failed relationship, she admitted Itumelang was there for her after her accident. She also revealed he wanted to get married and have a child, but she was unready to get pregnant. So they split. It is unknown who she is currently dating

Sbhale Mpisane is a fitness fanatic. Many are content to call her a fitness bunny. Not surprisingly, she’s got one of the finest figures in Mzansi.

Whether you’re at the gym or just want to work out at home, she has got something for you to try.

Sbahle Mpisane is active on Instagram and might be reached via a direct message or a mention. Professional enquiries and bookings may, however, be directed to the email: 𝚛𝚎𝚌𝚎𝚙𝚝𝚒𝚘𝚗@𝚗𝚎𝚠𝚝𝚘𝚗𝚊𝚐𝚎𝚗𝚌𝚢.𝚌𝚘.𝚣𝚊.

Tags
Sbahle Mpisane
John Israel A Send an email 18 March 2021
Back to top button
Close
We use cookies on our website to give you the most relevant experience by remembering your preferences and repeat visits. By clicking “Accept All”, you consent to the use of ALL the cookies. However, you may visit "Cookie Settings" to provide a controlled consent.
Cookie SettingsAccept All
Manage Privacy