Sbu Noah became popular after his single “Hallelujah Nkateko” (being a member of Joyous Celebration) became a hit all across South Africa. He is known for his powerful vocals, which he uses to minister in church.

Sbu Noah has since his debut released other spirit lifting songs and studio projects. His songs are highly publicized.

Sbu Noah is originally from Umlazi. He grew up with his mother and two other siblings. He later had to move to Inanda during his teenage years. Sbu Noah comes from a very humble beginning, living his early life filled with challenges.

Sbu Noah knew he had the talent for singing  long enough but didn’t have the passion for it, as he had always wanted to complete his education and make a career out of it. The ministry calling never left him and he finally gave in to following the plan of God for his life as he joined the church.

Sbu Noah is a College graduate. He completed his matric in 2003 and having passed real well, he decided to further his education but things didn’t really go on well, due to his family’s financial status brought about by his mother (who was the bread winner) falling ill.

After a while he was able to relocate to Johannesburg to continue his University education and earned his Degree in Anatomy.

Sbu Noah got his major breakthrough singing as a vocalist under Joyous Celebration Gospel group when their song “Hallelujah Nkateko” became a huge hit, although his interest in music started way before then.

The journey started when he went to watch backstage talent search audition in Durban and was asked to audition, which led to Grace Mahlaba spotting him and led to his major music discovery.

Sbu Noah later started attending My Father’s House church in 2008, where he joined the choir, which led to Lindelani Mkhize who was a member of Joyous Celebration Gospel group spotting him and led to him joining the group. He became a member of the Gospel group in 2012 and has since released awesome songs with them.

Sbu Noah since his debut has released one album, which have been ranked tops, here is the album by Sbu Noah.

The album is his first official solo studio project that was released officially in 2019 and housed many great songs.

Sbu Noah since his debut has released more than 10 songs and has one studio album. Here are his best songs, in no particular order.

Sbu Noah has performed at various Gospel concerts across South Africa. He has also had various TV and Radio appearances. He hosts a Gospel show on Dumisa TV

Information not available at the time of writing this article. He has been previously linked with Zodwa Wabantu but he denied it. 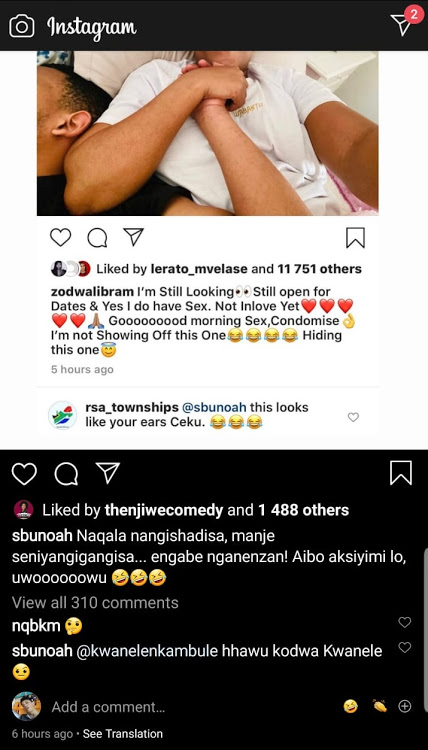 Sbu Noah has been nominated for various Gospel awards in the country among these is his nomination for best Gospel song at the SABC Crown Gospel award in 2019.

Sbu Noah’s net worth has not been fully calculated at the time of writing this article.

Sbu Noah’s songs from his album, DVD and live sessions are available on all major platforms such as Spotify, Apple Music, Youtube and others.

Sbu Noah is one of the top talented gospel artist in South Africa who came to the music scene fully equipped. He has made that obvious with the spirit lifting songs he has been dishing out since his debut.

Tags
Sbu Noah
Wuraola Salawu Send an email 29 April 2020
Back to top button
Close
We use cookies on our website to give you the most relevant experience by remembering your preferences and repeat visits. By clicking “Accept All”, you consent to the use of ALL the cookies. However, you may visit "Cookie Settings" to provide a controlled consent.
Cookie SettingsAccept All
Manage Privacy