Zimbabwe’s Tamy Moyo is a woman of many gifts. She sings and she also acts. Born to a radio presenter father in 1998, she was raised by her mother and grandfather

Her singing career began at the age of 7, when she joined the choir. Six years later, at 13, she joined the likes of Oliver Mtukudzi, Ba Shupi and Joe Thomas. She founded Uganda African Choir with her friends with whom she also performed at a charity concert in New York.

The songstress has marched steadily as a singer since dropping fine numbers as well as appearing in movies.

Thamsanqa Moyo is the real name of the Zimbabwean singer and songwriter. She had modified the Thamsanqa part of her name, turning it to Tamy. Some peeps would rather write it as Tammy. 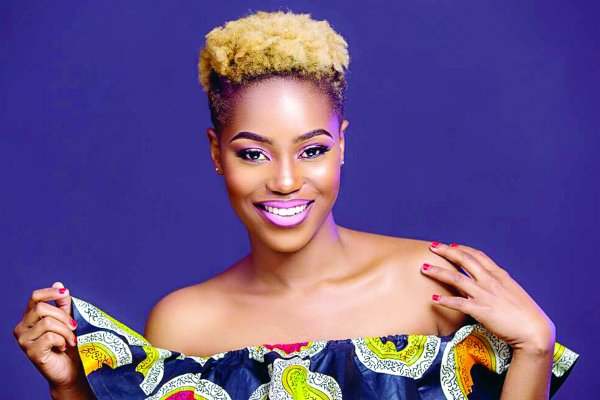 Tamy Moyo might be counted among artistes singularly focused on their art. And although she might not brag about securing the bag, the singer and actress is actually making good sums from her talent.

It isn’t easy putting down her exact net worth. However, she is reportedly among the millionaires in the music industry in Zimbabwe.

Her father, a man called Richard Kohola, was a presenter at Star FM in Zimbabwe.

Tamy Moyo is one of the prettiest entertainers from Zimbabwe and she hasn’t be lacking the attention of men. Not at all. She apparently has a boyfriend but hasn’t been too loud about it.

Not long ago. She shared a picture (back view) of herself and a man. The two were holding hands a nd look set to board a plane. She shared the picture on her Instagram page, using a heart and a crown as comment. Fans read that to mean the man is her boyfriend. She has neither confirmed nor denied this, however,

Tamy Moyo had a musical – you may say sound – background. This probably influenced her choice of music as a career. She attributes her currently standing in the universe of Zimbabwean music to her mother.

Her mother, she offers, has sacrificed so much for her, emotionally, financially and in many other ways. She believes in her daughter.

Tags
Tamy Moyo Zimbabwe
John Israel A Send an email 18 February 2021
Back to top button
Close
We use cookies on our website to give you the most relevant experience by remembering your preferences and repeat visits. By clicking “Accept All”, you consent to the use of ALL the cookies. However, you may visit "Cookie Settings" to provide a controlled consent.
Cookie SettingsAccept All
Manage Privacy