Thabo Mbeki is a South African politician and author and the second black president of South Africa after Nelson Mandela. Born to activist parents, it was only a matter of time before he showed interest in his parents’ activism, joining the African National Congress and propagating its message.

The banning of and crackdown on the ANC forced Mbeki and other party stalwarts to flee into exile. To evade identification and capture, they had dressed like a football team and disappeared.

Years later, Mbeki would return to South Africa alongside other party faithful. After Nelson Mandela concluded his first term (he wouldn’t go for a second term), Mbeki was elected president of the Rainbow Nation in 1999 and served until 2008, when he resigned following pressure from the ruling ANC,

Born in 1942, Thabo Mbeki is currently 79 years. He celebrated his birthday in June.

Thabo Mbeki’s marriage to Zanele produced no children. However, he was just 16 years old, he impregnated Olive Mphahlwa, who bore him a son called Monwabisi Kwanda Mbeki. Kwanda disappeared mysteriously and has not been heard from since. He was assumed killed by apartheid forces.

Thabo Mbeki’s wife is a woman called Zanele Dlamini Mbeki. The couple married in November 1974 in a London registry. They met while Zanele was studying at the University of London. 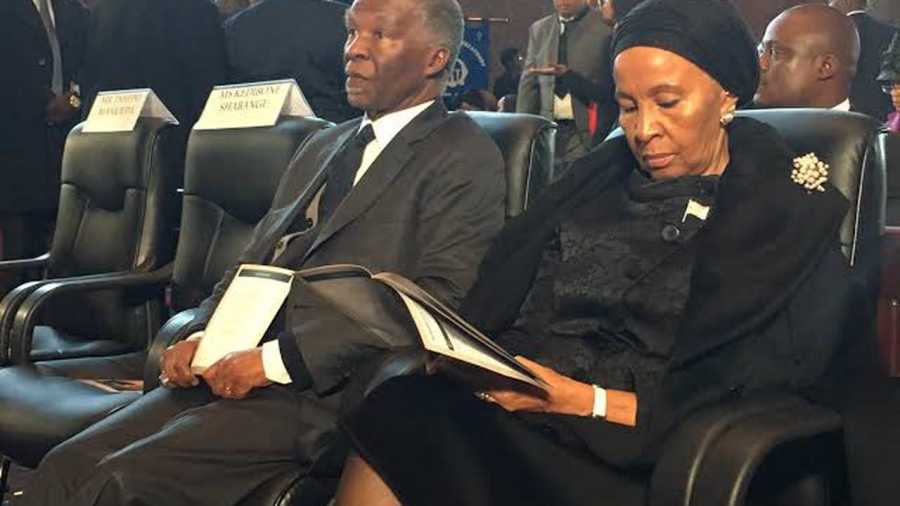 Thabo Mbeki is among the global leaders with foundations to their name. The Thabo Mbeki Foundation aims to be the catalyst for a renaissance in Africa.

In Africa, as you probably already know, there are not broke presidents. And yeah, you don’t expect Thabo Mbeki to be an exception. Do you? The former diplomat is said to be one of the richest politicians in South Africa, with a net worth of $10 million. He reportedly made his fortune from his job as a politician and diplomat. 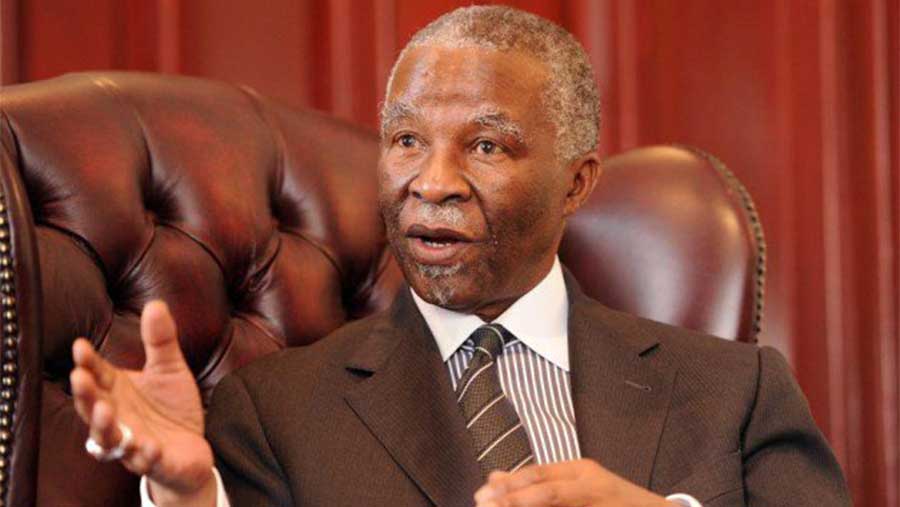 Thabo Mbeki has got a couple of houses out there, but apparently, none had attracted as much curiosity and criticism as his Johannesburg home. When construction started on the project back in 2006, speculations were rife government resources were being used.

In a statement, though, the Mbeki household made it clear that the government was only taking care of the security arrangement in the palatial mansion. Nevertheless, some peeps who were not convinced wondered why Zanele Mbeki should use a pseudonym while contracting a builder.

The case has since died down.

For one who has travelled far and wide as a politician and as a diplomat, it is not surprising that Thabo Mbeki has got several memorable quotes, from politics to safe sex to the African continent – you name them.

The most memorable of his quotes appear to be about Africa and its people. The politic has got great faith in Africa and the ability of the continent to secure a place in the sun.

He once said: “When will the day come that our dignity will be fully restored, when the purpose of our lives will no longer be merely to survive until the sun rises tomorrow!”

The former president is an advocate for literacy, and much has been written about him and by him. His books include Letters from the President: Articles from the First 100 Editions of ANC Today, Africa – Define Yourself, and Mahube: The Dawning Of The Dawn: Speeches, Lectures & Tributes.

Tags
Thabo Mbeki
John Israel A Send an email 13 August 2021
Back to top button
Close
We use cookies on our website to give you the most relevant experience by remembering your preferences and repeat visits. By clicking “Accept All”, you consent to the use of ALL the cookies. However, you may visit "Cookie Settings" to provide a controlled consent.
Cookie SettingsAccept All
Manage Privacy