Thando Thabethe, who is fondly called Thando Thabooty because of her generous proportions, is a South African actress and presenter. Born in the Soweto area, the actress attended Mondeor High School and the University of Johannesburg, where she obtained an accounting degree.

Thando Thabethe’s romance with the world of television began when she was in high school. At the time, she had taken up roles in flicks like Backchat and Quest for Fame.

At the university, she took up the role of news reader at UJFM, clinching the role of host on UJFM’s drive show soon after.

She joined YFM later, taking up the role of host on the station’s Audio Treat.

All the while, she was combining acting roles with television work. As an actress, she had her big break in 2010, when she appeared as a character named Thando Nkosi on SABC-1’s My Perfect Family.

Thando Thabethe is currently 30 years. Months from now, however, she will be 31 – and she is so looking forward to her next birthday. 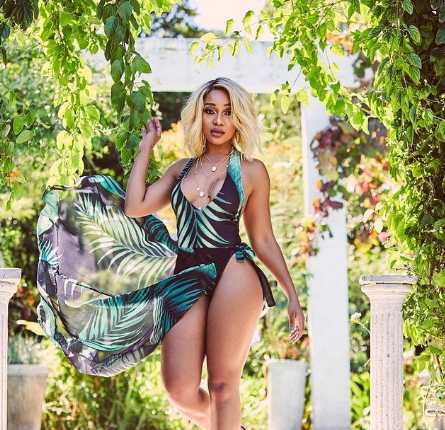 The actress and presenter is doing pretty well and may be ranked among the top earners in the industry. At the moment, she is said to have a net worth of about $400k – not bad for one who has put so much effort into her craft

Thando Thabethe was previously engaged to Frans Mashao. She called off the relationship with the bod, however. On the decision to call of her engagement, she made it known that she owes no one an explanation.

Several acting credits indicate Thando Thabethe actually takes her stuff seriously. Her acting résumé is pretty impressive. From 2008 to 2014, she had acted in movies like Intersexions, My Pefect Family, Kowethu and Nzansi Love. She played a leading role in two of those movies and a supporting role in the rest.

Other movies in which she had appeared, in a leading or supporting role, include Housekeepers, Love Lives Here, Generations, Thando Bares All  and  Mr Right Guy.

Sibu Thabethe is Thando Thabethe’s brother. He was shot dead in a robbery in 2015, a tragedy the actress has not been able to come to terms with.

His death is like a bad dram from which she has been unable to wake up. In an Instagram post dedicated to his slain brother, she had wondered why he longer calls her, for she refuses to believe he is no more.

In her sorrow, she imagines he is having the time of his life on a vacation to Croatia. His passing, she insists, will never make sense to her, describing the pain of his death as incomparable. 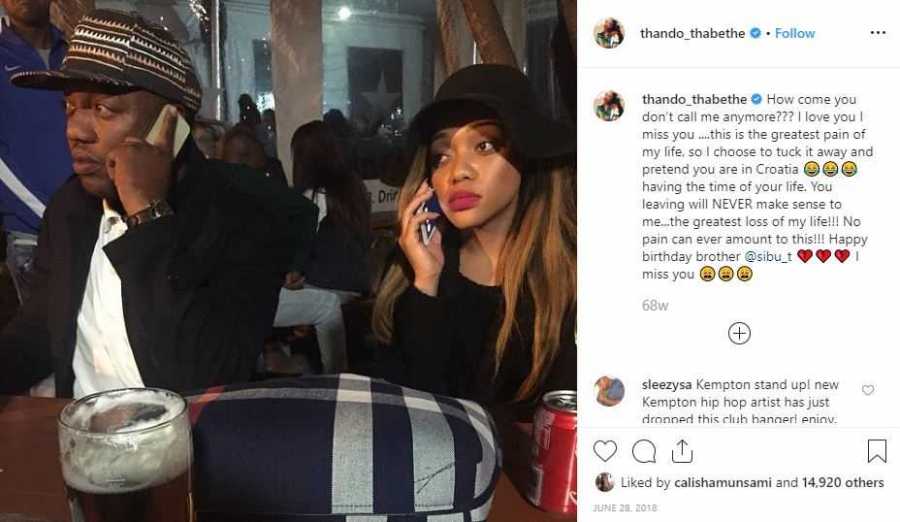 Last we checked, Thando Thabethe does not have a child.

In the entertainment industry, cars are among the determinants of how well an entertainer is doing. Thando Thabethe is in the league of entertainer cruising around town in pricey whips.

Among the cars she has to her name are a Mercedes Benz and a Range Rover Evoque, which she descries as her dream car. She didn’t stop at that, though. She’s also bought a car for her mother and built a house for her as well. 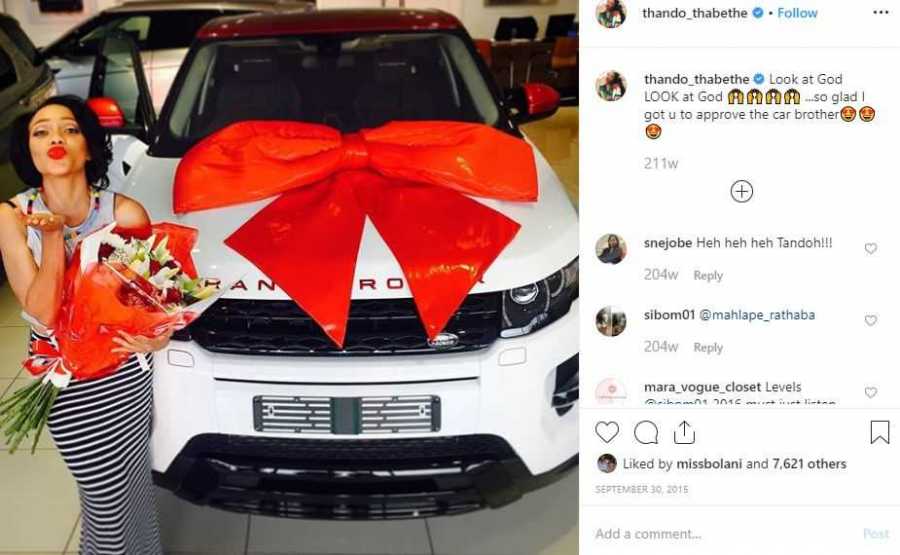 Thando Thabethe might be a celeb and enjoying all the attention, but she hasn’t made a personal telephone number public. She is active on social media, though, and can be reached via Instagram or Facebook, where she is active.

Tags
Thando Thabethe
John Israel A Send an email 2 March 2021
Back to top button
Close
We use cookies on our website to give you the most relevant experience by remembering your preferences and repeat visits. By clicking “Accept All”, you consent to the use of ALL the cookies. However, you may visit "Cookie Settings" to provide a controlled consent.
Cookie SettingsAccept All
Manage Privacy