Thembi Seete is a South African singer and movie actress who found fame early and has remained in the public eye since.

The Soweto-born musician was part of the celebrated girl band Boom Shaka from 1993 until its disbandment in 2000. A kwaito band, Boom Shaka was massively successful. Not surprisingly, many South Africans were saddened when the band split.

Thembi Seete waxed solo soon after the group split, taking up acting roles after. She was on Oliver Scmitz’s Hijack Stories, which premiered in 2000. She has taken up several other acting roles since.

Her most memorable appearance so far happens to be on Gomora. Today she appears to be for famous for her acting than for her music.

Born in 1977, Thembi Seete is currently 43 years. She will be 44 a little over two weeks from now. Interestingly, the singer and presenter does not look her age. While not denying the role of good genes in her lavish good looks at 43, she also has a stellar beauty regimen and sensible diet that she sticks to. The result is that many think she is just 20 years.

Thembi Seete has a child called Dakalo with businessman Collen Mashawana. The songstress may have started her career early, becoming a household name at 17, but it wasn’t until she turned 40, in 2018, that she took in and gave birth.

At the time, speculations had been rife she was pregnant, with many of her fans demanding the identity of the father, but she never spoke about the pregnancy.

She would explain later that her culture would allow her give details about the child until he was born. 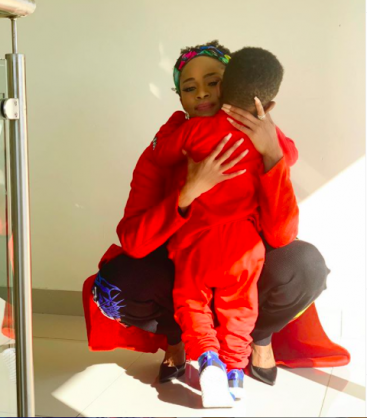 Interestingly, after the child’s birth, Thembi Seete shielded him from the public. It wasn’t until he turned 2 that she shared a picture of him with the public.

Peeps often talk about Thembi Seete’s husband because she has a child. But the songstress and television personality actually has had no husband at the time of writing this. But then she has had her share of relationships.

Her longest and probably most famous relationship was the one she had with Bobo Seritsane. The pair was together from 2006 to 2016, when they split.

At the height of their relationship, many consider them the ideal couple. Seritsane proposed to her in 212 and was ready to formalize things by getting married immediately.

Thembi Seete was, however, not keen to get married soon after her engagement, preferring to take things slowly and forge a deeper connection with the person who would be her life partner. 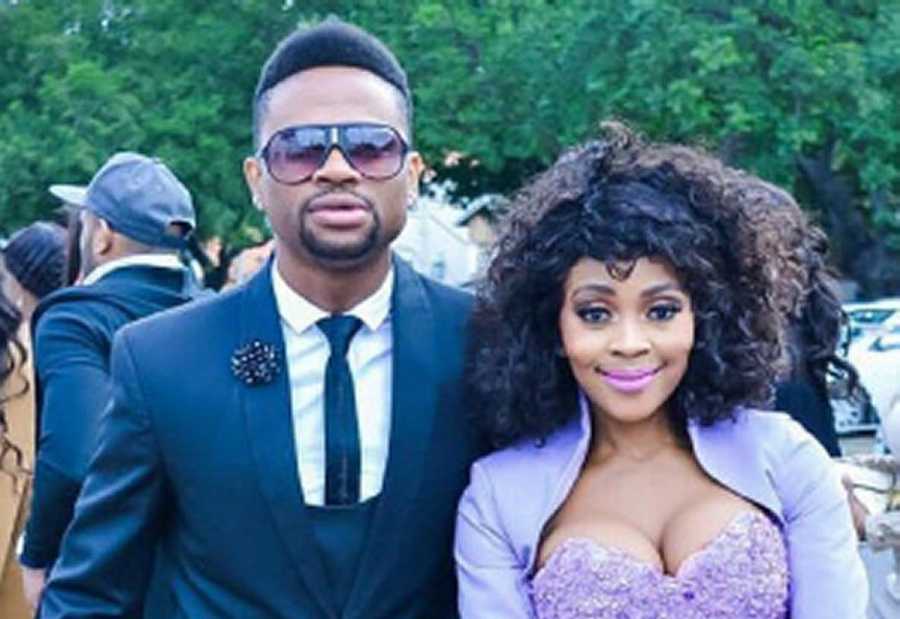 Four years after their engagement, the relationship was over. The Gomora actress only revealed the split more than a year after, on the set of Massiv Metro. At the same time, she ha also revealed she had gotten into a relationship with someone, a relationship she said had greater prospect of success, permanence.

Thembi Seete might be counted among celebs who, although, unmarried, have got biological kids. Her baby daddy is no other than businessman Collen Mashawana. The businessman was previously married to Lerato Zah Moloi, with whom he also has a child.

Collen Mashawana is reportedly one of the wealthiest men in Limpopo, famous as much for his money as for his magnanimity.  He has reportedly initiatd seceral community projects in Limpopo and Gauteng.

Thembi Seete is one of the actress’s on Gomora, a flick available on Mzansi Magic. So good is her acting that many often prefix Gomora to her name.

The flick, which started airing in 2020, details the disparity between two social classes and the clash between both.

Before taking up a role in Gomora, the former Boom Shaka band member had featured on Rhythm City. Gomora is like s return to the big screen for her, an experience she enjoys thoroughly.

By the way, Thembi Seete claims to be drawn, from the launch of her acting career, to roles that make her think.

While education is important, the lack of it has not stopped many from reaching the acme of their chosen professions. Not much is known about Thembi Seete’s education. But then she has done so well as a singer and presenter that many have stopped enquiring about her education.

Clearly, whether she details her education or not, her expertise speaks for her. Her expertise has already made her the famous figure she is today.

Thembi Sete is active on social media, especially on Instagram, where she goes by the handle @ thembiseete_ ON Instagram, she is a DM or a mention away.

While her personal phone number is not public, there’s an official email by which she can be reached: admin@brandarcsa.co.za.