Thulisile Phongolo is a South African disc jockey and actress. Her acting career began when she was in high school. At the time, she had played the role of Namhla Diale in the flick Generations.

She had gone on to work on other flicks, including Tshisa,  a series running on South African Broadcasting Corporation (SABC). She played the role of Zama. She’s most famous for her television appearances.

Born in January 1994, Thulisile Phongolo is currently 27 years. She celebrated her birthday exactly two months ago. 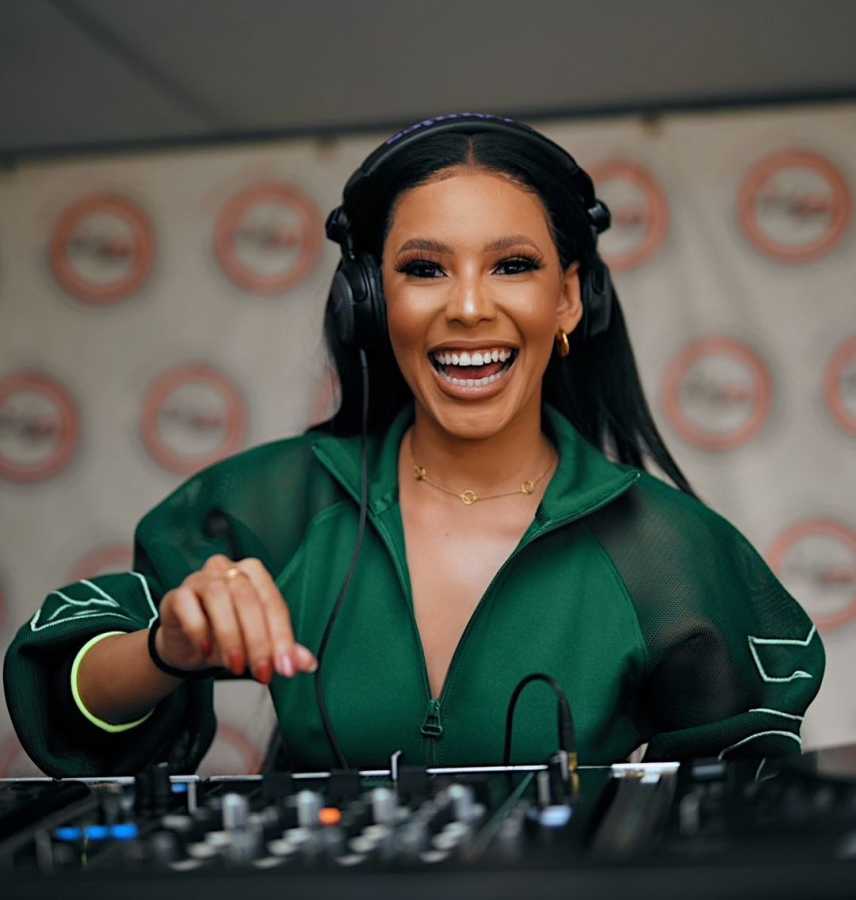 A woman of Thulisile Phongolo’s talent, dedication and appeal should have no trouble securing the bag. Indeed, she is doing great as a television personlity and actress. Her exact net worth is still a subject of speculation. Some industry chief would say, however, that she has a net worth of R7 million.

A lady of great physical appeal, Thulisile Phongolo has not lacked attention from men. But she’s selective on who she goes out with.

Thulisile Phongolo reportedly got into a relationship with Muvhango star Raphael Griffiths long before the two of them became famous. They had reportedly broken up and gotten back together. It can’t be established if they’re still together.

At some poin in her life, she was rumoured to be dating Duduzane Zuma, the son of South Africa’s former president Jacob Zuma. She denied this, however, stating in a series of tweets that she doesn’t even know him. 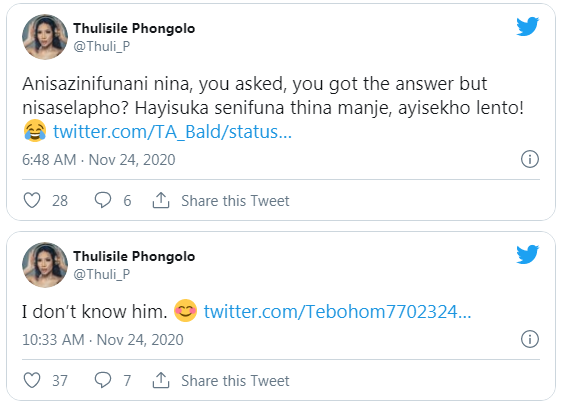 It is unknown who she is currently dating.

We can’t establish that Thulisile Phongolo has a child. The reason many speculate she has a child is because in August 2020. She had shared a picture of herself clutching her stomach. Fot caption, she had written: “catching mood swings.” Even then, her stomach was flat.

A month later, yet on Instagram, she had shared a pictured of a designer bag writing as caption that she was taking her baby out for the first time. There was no baby in sight. 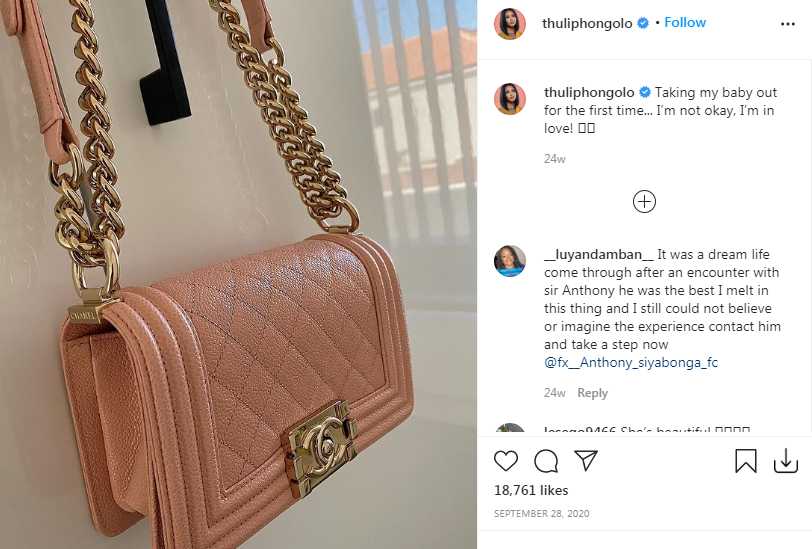 If indeed Thulisile Phongolo has a child, she has done a fine job of hiding it.

Thulisile Phongolo has got parents, of course, but not much is known about them. The DJ herself has not helped the public’s cluelessness on the subject. She’s more focused on making a career than in telling the world this side of her life. At any rate, she is known to have two siblings, a boy and a girl.

Thulisile Phongolo is no academic layabout. She attended Allen Glen High School at Allen’s Nek in Roodepoort, Johannesburg, and then the University of Johannesburg, where she majored in strategic marketing communications.

Thulisile Phongolo is a notable fashionista who never fails to impress with her fashion sense. From denim to scarves to hats, whenever Thulisile Phongolo turns up, she usually turns heads. Not surprisingly, she is ranked among the most stylish women in South Africa.

Thulisile Phongolo is one of the celebs who are pretty professional about their contact. She’s got a dedicated phone number for her booking (+27 76 486 9551) as well as a professional email address (info@thulip.com).

Tags
Thulisile Phongolo
John Israel A Send an email 18 March 2021
Back to top button
Close
We use cookies on our website to give you the most relevant experience by remembering your preferences and repeat visits. By clicking “Accept All”, you consent to the use of ALL the cookies. However, you may visit "Cookie Settings" to provide a controlled consent.
Cookie SettingsAccept All
Manage Privacy