Lungelihle Zwane, famously called Uncle Waffles, is one of the famous DJs in South Africa. She is best known for her official debut single “Tanzania” and the hit EP “Red Dragon.” Uncle Waffles is an entertainer and a TV presenter. She has gained the attention of some of the world’s biggest names, including Canadian rapper and pop star Drake. Waffles has also performed on the same stage with Africa’s biggest names, including Davido, Wizkid, and the world’s top celebrities.

Waffles attended high school in Swaziland. She later enrolled in the University of Kwa-Zulu Natal, where she studied Information Technology. She dropped out of school to pursue her passion for making music and playing it for the world. That’s how she began her DJing career. Asides from her DJing career, Uncle Waffles is also a businesswoman. She is the founder and owner of Uncle Waffles Music, a record label and production company. She has released several mixtapes and singles via the company. She also owns an entertainment blog that features top South African DJs and producers.

The exact estimate of Uncle Waffles’ net worth is unknown to the general public. However, according to the media outlet Briefly.co.za, Uncle Waffles’ net worth in 2022 was estimated to be around $150,000. The talented beauty has been booked and busy since 2021. After blowing up on social media, she began booking shows all over South Africa. Later on, she began bagging international gigs. She has performed on various stages and festivals worldwide and earned good money.

Uncle Waffles once shared in her blog that her grandmother raised her. She only learned about her mother later in life. According to her, her parents rejected her on the day she was born. She was reunited with her mother when she was nine years old. She said, “Growing up, I didn’t understand why I didn’t live with my mother or father. As a kid, the only reason you think of is the only thing that would make sense. That they didn’t want you, so, unfortunately, that’s where the foundation started, I moved back with my mom at nine, and I felt I didn’t know her, so it was hard getting used to that, and with that came a lot of silent struggles, till the beginning of this year.”

The media outlet, Briefly.co.za reported that Uncle Waffles charges R80,000 for an hour set at indoor events and R120,000 for an hour set at outdoor events. A tweet by entertainment commentator and influencer Musa Khawula revealed that Waffles charges a whopping $25,000 (R420,000) for an international outdoor gig and $18,000 (over R300,000) for an indoor international gig. The news left Mzansi stunned and gained mixed reactions from tweeps. 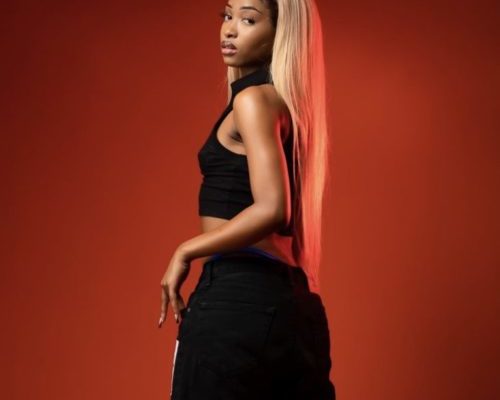 Uncle Waffles seems to be one of Canadian rapper and popstar Drake’s favorite DJs from Africa. Mzansi knew he knew her when he shared a photo of the “Tanzania” star on his Instagram story and gave her a shout-out. He did that twice (he had first joined her IG Live and called her “top DJ”). Waffles tweeted that she was so excited when she saw it that she screamed for 10 minutes. We have no idea if they are currently friends or even working on music together.

Before fame, Uncle Waffles worked as a presenter for Studio1. Alongside DJ Stunner and Siyabonga Nsibande, Waffles hosted a Swaziland music and entertainment show. However, she blew up after she shared a video of herself dancing and DJing while entertaining an excited crowd. She went viral again after sharing a video of herself dancing to “66” with the late SA Hip Hop star, Riky Rick.

No. Waffles is not signed by Drake. He is believed to have co-signed her as a top international celebrity, opening bigger doors for the DJ.

In March 2022, Uncle Waffles embarked on a UK tour. She performed in Manchester, London, Birmingham, Glasgow, Scotland, etc. She was plagued with dissatisfactory reports that her sets were mediocre.

No. Uncle Waffles revealed in a Live video that she is bi-sexual but is currently in a heterosexual relationship.

Uncle Waffles is from Swazi, which makes her South African.

Uncle Waffles started DJing when she was at the University of Kwa-Zulu Natal. She dropped out to focus on it entirely.

No. At least, it has not been announced that she is under OVO.

Uncle Waffles is a famous DJ. Her skills and sets have often earned criticism. She has been criticized for playing mediocre sets and reshuffling music.

Tags
Uncle Waffles
John Jabulani26 July 2022
Back to top button
Close
We use cookies on our website to give you the most relevant experience by remembering your preferences and repeat visits. By clicking “Accept All”, you consent to the use of ALL the cookies. However, you may visit "Cookie Settings" to provide a controlled consent.
Cookie SettingsAccept All
Manage Privacy