Bulelwa Mkutukana, professionally known as Zahara, is a South African singer and songwriter. Zahara is credited with having had a strong passion for music from a young age, starting as a street performer. She has released her fourth successful studio album. Born, Bulelwa Mkutukana, in the Phumlani informal settlement outside of East London in Eastern Cape, South Africa, Zahara (meaning Blooming Flower) lived with her parents, Nokhaya and Mlamli Mkutukana. She is the sixth of seven children.

Zahara began showing a love for music at the age of 6. At a young age, she was appointed the lead singer of a local Sunday school choir in Phumlani.

Zahara started as a street performer on the streets of East London. She was spotted by TK Nciza of TS Records, who signed her to his label. This began her journey in the music industry. Her music has been described as a mixture of various musical styles popularised by Tracy Chapman and India Arie.

In July 2014, Zahara’s younger brother was brutally murdered in East London. She revealed his death drove her into a period of depression.

Zahara has not said a lot about her educational background. Instead, she has only focused on stories about her music journey and has a startup.

Zahara’s debut album “Loliwe” was released in 2011 and became an instant success. The first issue of the album sold out in 72 hours. The album reached platinum status in 13 days and double platinum status in 19. After Brenda Fassie, she became the second musician who was also a Xhosa native to achieve this.

Her first Live DVD, which features X Factor USA contestant, LeRoy Bell, reached platinum status in one day. In May 2012, she won 8 SAMA awards, including “Best Female Artist” and “Album of the Year”.

After her brother’s murder, she released the “Country Girl” album in 2015.

In 2017, she signed with Warner Music South Africa and released her fourth studio album, “Mgodi”. The album went Gold in just 6 hours.

Zahara is known for her very entertaining live performances. Since starting as a street performer before being discovered, she has honed the art of performing Live.

She is also on social media, sharing goofy videos of herself and her songwriting sessions. She once received backlash after a Live session gave fans the impression that she was drunk. However, she has stated that she does not drink. Zahara boasts hundreds of thousands of followers across all her social media platforms.

As of today, Nedbank is repossessing Zahara’s Roodepoort townhouse home in West of Johanessburg after failing to pay R1.9 million in a mortgage loan. If Zahara cannot pay up her loan by the 7th of May, the bank might auction the house. 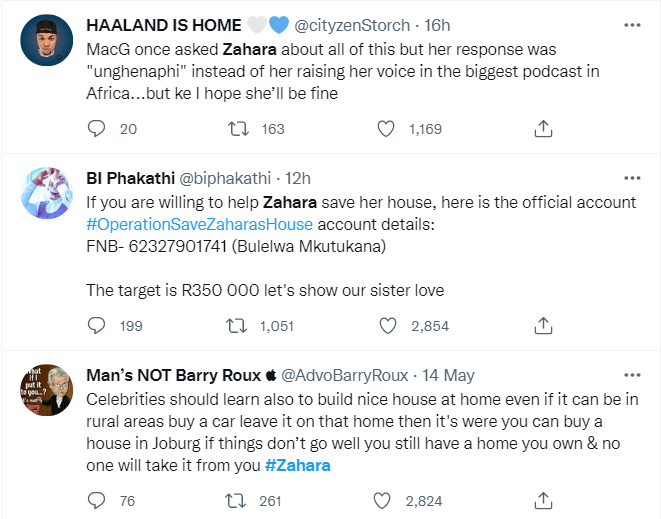 Zahara calls out DJ Sbu and TK Nciza for exploiting her over her debut album Loliwe. pic.twitter.com/JQKOYfAknF 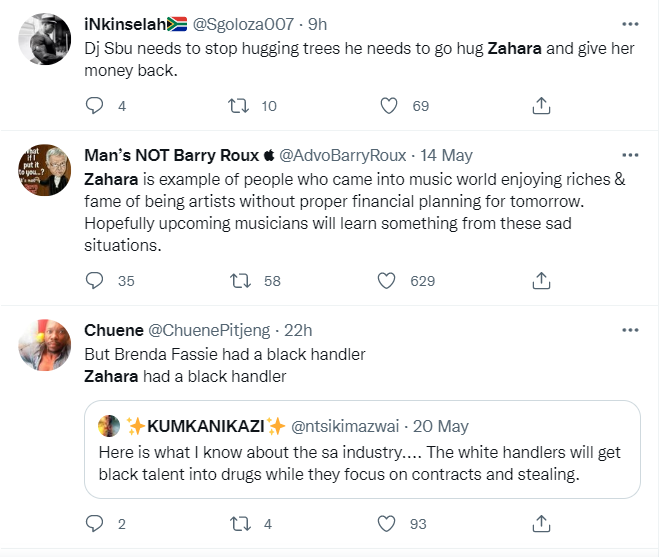 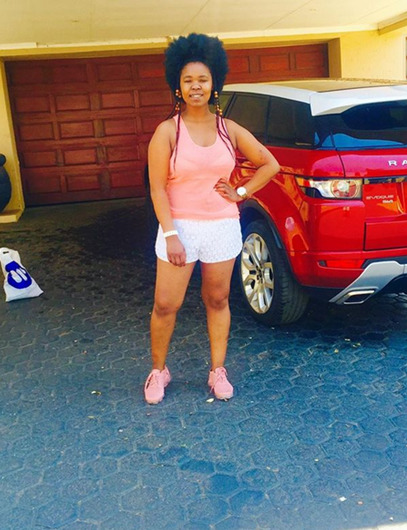 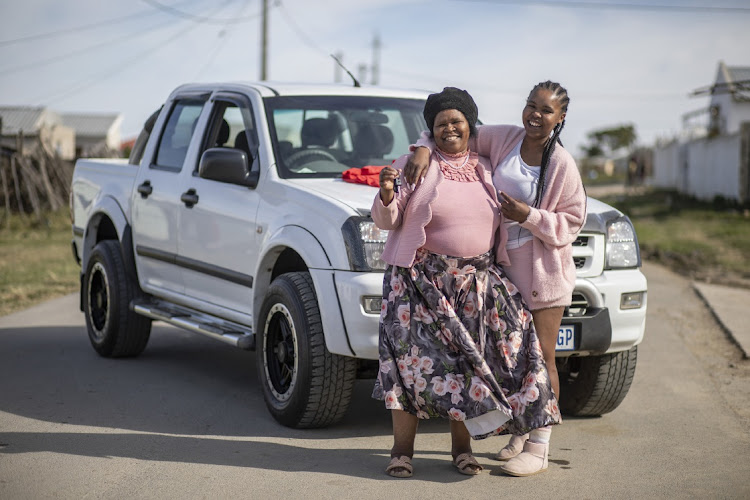 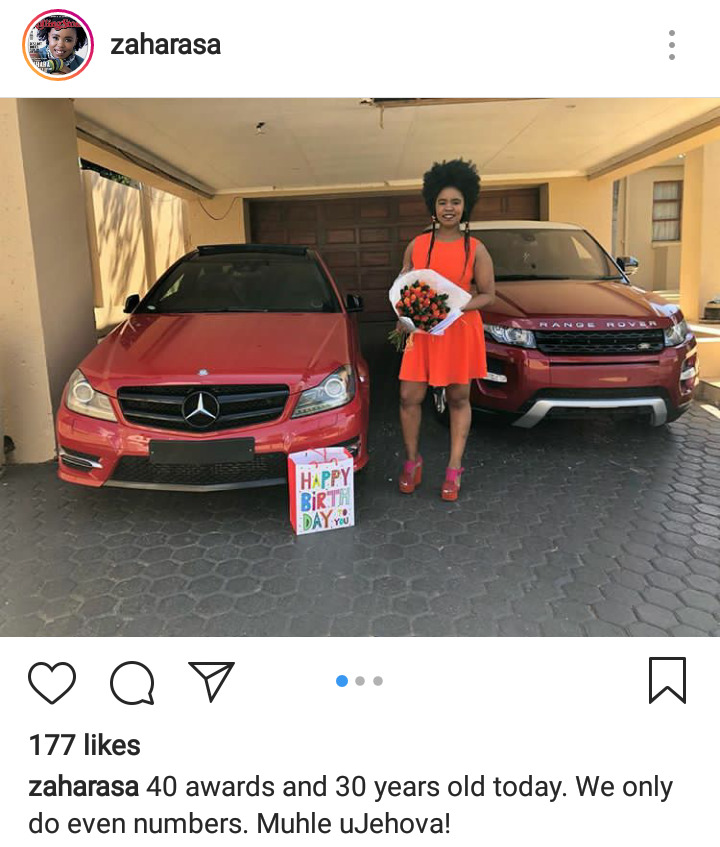 Zahara was previously in a relationship with Ian Sibiya. The couple celebrated their second anniversary in 2019 but ended up breaking up. The rumour was that Ian was worried about his personal life being publicized on social media.

Zahara has since began a new romance with a pastor. She revealed that she wants to be in a relationship with a God-fearing man saying she derives her ambition from her parents who are Christian. She has hinted on getting married to him saying “might get married soon” or “before the end of the year”.

Zahara’s actual worth is not public at the moment. However, ZALebs reports that she’s worth an estimated R15million although she has had some financial troubles in the past. But, based on what she has in her musical portfolio and future sales out look, her performance on major streaming services, properties, her net worth is estimated to be around $500,000 – $3 Million.

Tags
Zahara
John Jabulani Send an email 22 May 2022
Back to top button
Close
We use cookies on our website to give you the most relevant experience by remembering your preferences and repeat visits. By clicking “Accept All”, you consent to the use of ALL the cookies. However, you may visit "Cookie Settings" to provide a controlled consent.
Cookie SettingsAccept All
Manage Privacy