Zola Ayabulela Mhlongo, who’s simply known as Zola Zeelovin, is a South African actress and media personality famous as much for her acting as for her relationship with the disc jockey Prince Kaybee.

Born in KwaZulu-Natal, Zola lost her father in the year 2000 and was raised by her mother. She has big dreams of one day releasing an album that will feature Black Coffee and Moneoa. Interestingly, her current boyfriend Prince Kaybee and Black Coffee are adversaries. Would she still go ahead and work with Black Coffee? Time will tell.

By the way, an album from Zola wouldn’t be surprising. She had released a single titled “Yamukela” last year and was a part of the creative process in the release of Prince Kaybee’s “The 4th Republic” album. 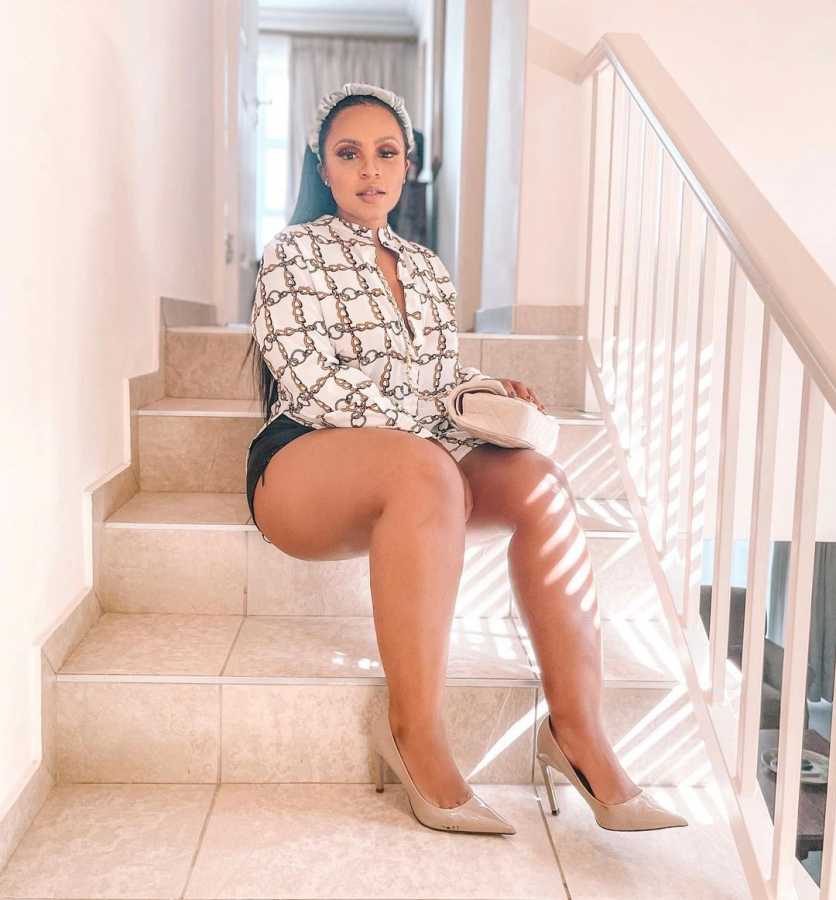 Zola Ayabulela Mhlongo is one celeb whose age is not out there. Apparently she doesn’t care the world should know at the moment. At any rate, she’s young and doing well as an individual. 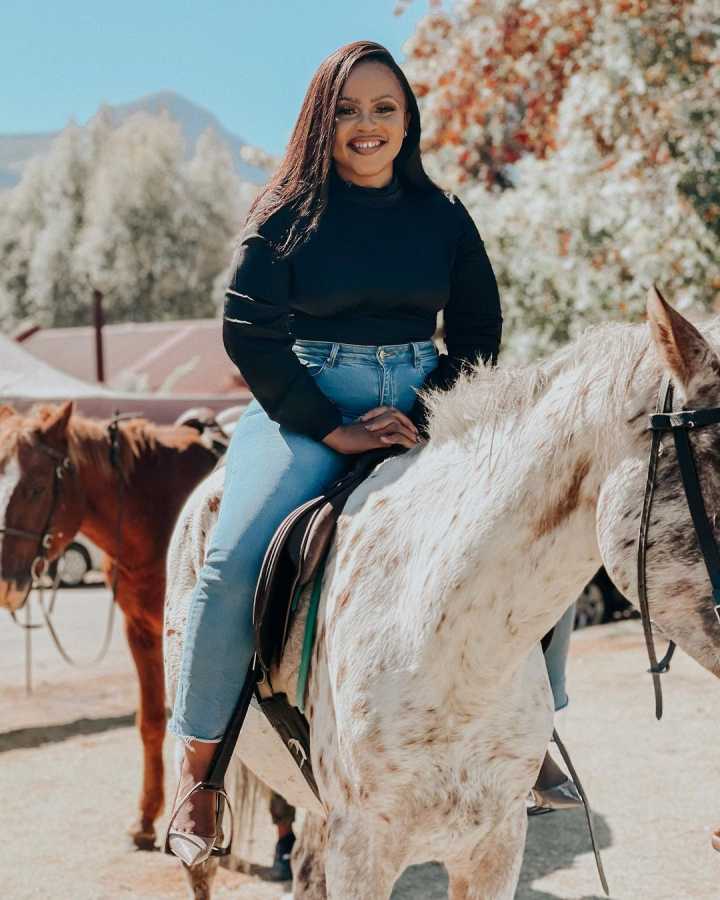 Zola Zeelovis was part of the cast of Uzalo, a SABC-1 series that first aired on 9 February 2015. She played the role of Hleziphi.

Zola Zeelovin’s boyfriend at the time of writing this post is no other than “Fetch Your Life” star, Prince Kaybee. She was in a relationship at the time she met the celebrated disc jockey. The pair got serious when she broke up with her former lover.

At the outset, the two were discreet about their relationship, only giving hits that they were dating after teasing the public for some time. Hints they were dating started dropping in 2019.

At some point, Prince Kaybee had to move from Bloemfontein to Durban to be closer to Zola, who was working at Gagasi FM at the time.

Prince Kaybee and Zola appeared like the ideal couple, giving many in Mzansi couple goals in how to love and be loved in a relationship. Many consider Prince Kaybee the ideal gentleman, a knight who never cheats – well, until recently.

A Twitter user identified as Eurica had claimed she had dated the songster for years. Prince Kaybee had tried to deny, but when she shared screenshots of their chat as well as a picture of his member he sent her, he quickly admitted he had erred, apologizing to Zola Zeelovin as well as to his mother.

Many of his fans had a hard time reconciling the Prince Kaybee they know, who had tweeted against infidelity and described it as the reason for many broken relationships, to the one who had brazenly cheated on his girlfriend.

Zola is not loud about her possessions. In fact, you can’t find her boasting about her latest acquisitions on social media. This in no way means she’s gasping on the breadline. Far from it. She’s said to be one on the millionaire figures in Mzansi acting and presenting circles. Her exact net worth is unknown.

Gagasi FM holds a special place in Zola’s life and her career trajectory in that, according to reports, it was where she began her radio career. She was the host of The Friday Hangout on Gagasi FM. She spent five years at the station before leaving thanks to her thirst for new experiences.

After she left, she got a job at SABC-1 as host of the public station’s travel show called Shayiround. She had looked forward to the job, and when she got it, she was emotianl and teary with celebration. Taking to Twitter, she had written: “So l can finally announce it…Cold faceSparkles I GOT THE JOB!!! I’m the the Presenter for a new travel Luggage show called Shayiround on @Official_SABC1 [Pleading face] [Loudly crying face] [Weary face]  [Red heart] [White heart] [Folded hands]. ”

She had also released a public statement in which she expressed her gratitude to Gagasi FM for a rewarding and fulfilling time at the station. She also thanked her listeners for being with her throughout her journey. You can check out that statement below. 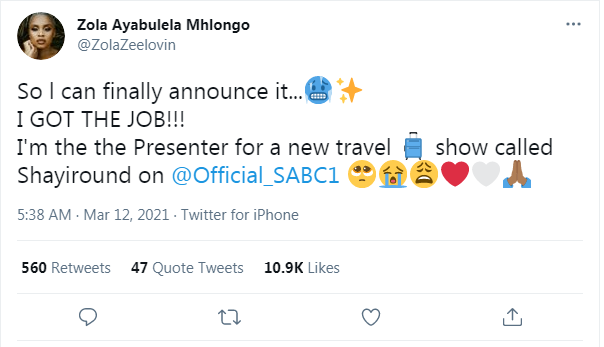 Fun Fact: Zola Zeelovin met Prince Kaybee while she was a presenter at Gagasi FM. At that time, however, she was in a relationship with another person. She hooked up with Prince Kaybee when she broke up with the person.

Zola Zeelovin has not complicated things for those wishing to get in touch. She’s active on social media, including Twitter and Instagram, and might be reached via those – by direct message or a mention. Her email is also publicly available.

So if you wanna make formal enquires, you might want to direct it through her email, which is zozzy [at] live dot co dot za.

Tags
Zola Ayabulela Mhlongo
John Israel A Send an email 7 May 2021
Back to top button
Close
We use cookies on our website to give you the most relevant experience by remembering your preferences and repeat visits. By clicking “Accept All”, you consent to the use of ALL the cookies. However, you may visit "Cookie Settings" to provide a controlled consent.
Cookie SettingsAccept All
Manage Privacy