SA Hip Hop artist, A-Reece aka Theboydoingthings has dropped his latest single “The Burning Tree” and he has decided to go slow on this one. the last release we got from him is “Couldn’t Have Said It Better Pt.3”, which a released to celebrate his birthday.

There is no doubt about A-Reece’s remarkable talent. The popular emcee has rapidly and steadily gained one of the biggest followings in the country. He has gained the respect of some of the big names on the scene and has earned a seat at the table with some of the best.

Last year, A-Reece linked up with his brother Jay Jody as Blue Tape for the project “heaveN caN waiT: thE narroW dooR voL 1”. He also released an official music video for the song. the project earned praise from the fans. He has been on a ride that cannot be stopped.

Now, A-Reece is back with a new joint. He titled this one “The Burning Tree”. Check the song out below to listen to it. Also, add it to a playlist of your choice. This one is for the smokers. 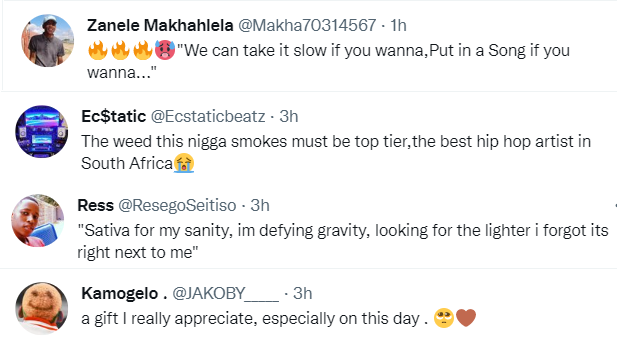 Tags
A-Reece Hip Hop
James Lethabo Send an email 20 April 2022
Back to top button
Close
We use cookies on our website to give you the most relevant experience by remembering your preferences and repeat visits. By clicking “Accept All”, you consent to the use of ALL the cookies. However, you may visit "Cookie Settings" to provide a controlled consent.
Cookie SettingsAccept All
Manage Privacy