AKA reminds Mzansi that he’s got so much “Energy” with his new joint featuring Gemini Major.

If you’re an SA Hip Hop fan then you know just how much AKA delivers everytime he makes a promise. The talented rapper previously shared with fans that he would be making a triple drop this weekend. Now, it seems christmas came early because we have it already.

While we were all caught up by his Twitter wars with Sizwe Dhlomo and Cassper Nyovest he was busy readying his songs for release. We were certainly blindsided by that. This one is titled “Energy”, a track that features production from Gemini Major.

This marks the second track both acts would appear on this year after AKA featured on Gemini’s hit “Right Now Reloaded”. They make a formidable team together and we love the songs they deliver. You might want to get this one and just press play. 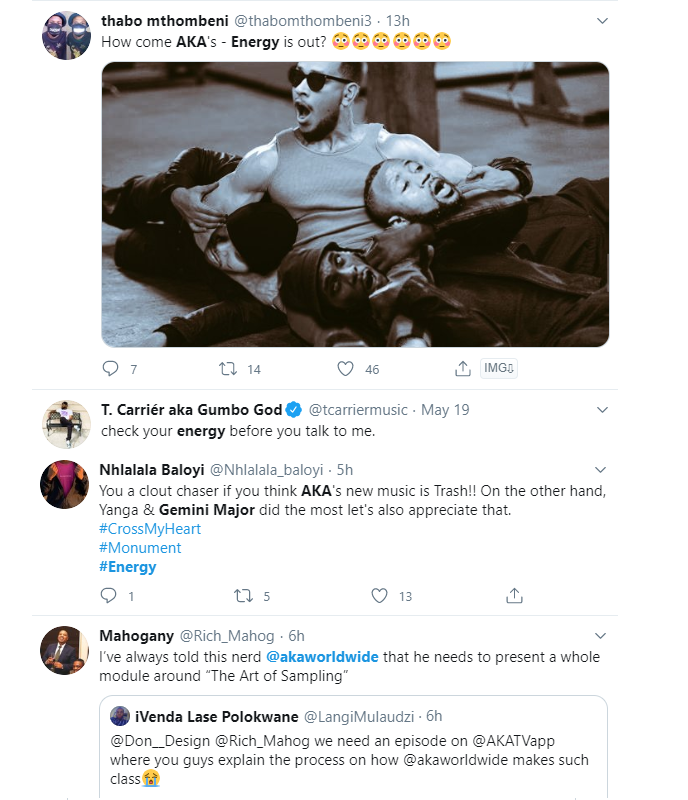 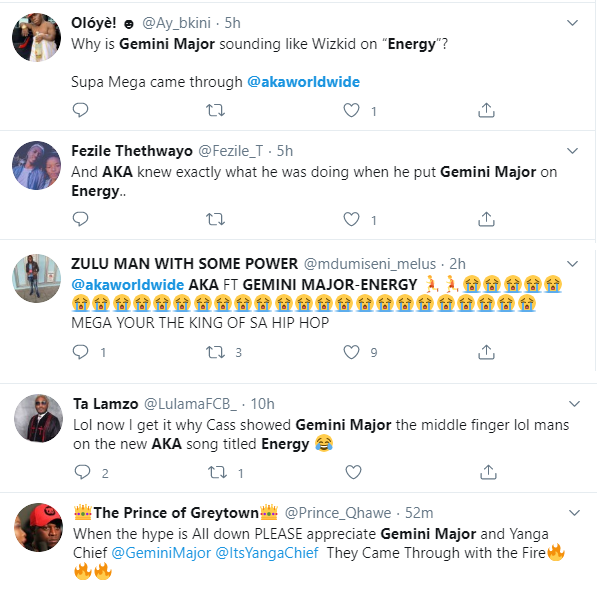 Tags
AKA Gemini Major
John Jabulani Send an email 22 May 2020
Back to top button
Close
We use cookies on our website to give you the most relevant experience by remembering your preferences and repeat visits. By clicking “Accept All”, you consent to the use of ALL the cookies. However, you may visit "Cookie Settings" to provide a controlled consent.
Cookie SettingsAccept All
Manage Privacy