Check out this brand new joint by the very super Mega AKA featuring talented and respected ” AKA”, it is titled “Iron Duke” and it is off the soon to be released “Bhovamania” EP. The full EP drops next week, the 6th of November 2020 and it contains 13 tracks with features from Gemini Major, Moozlie, K.O, L-Tido, Don Design, Moozlie and Grandmaster Ready.

Iron Duke is an exciting new joint to be added to AKA’s hit banger this year. The celebrated Hip hop artist have blessed us with some impressive tunes this year so far, and you’re certainly going to love Iron Duke. Remember, the Mzansi rapper released a post on Instagram showing that his unreleased album is already number one on iTunes chart, that is to show how much fans are loving his already released singles off the album. We are definitely in for a ride when the album drops.

AKA has been very consistent on the scene this year, last week, he released Casino featuring Sho Madjozi and Flvme, but before then he has released Python, Cross My Heart, Energy and Monuments as singles.

AKA recently reacted to ‘Iron Duke’ being leaked by Gemini Major’s music partner DJ Kaya and he wasn’t playing around because this songs has actually not been officially released. 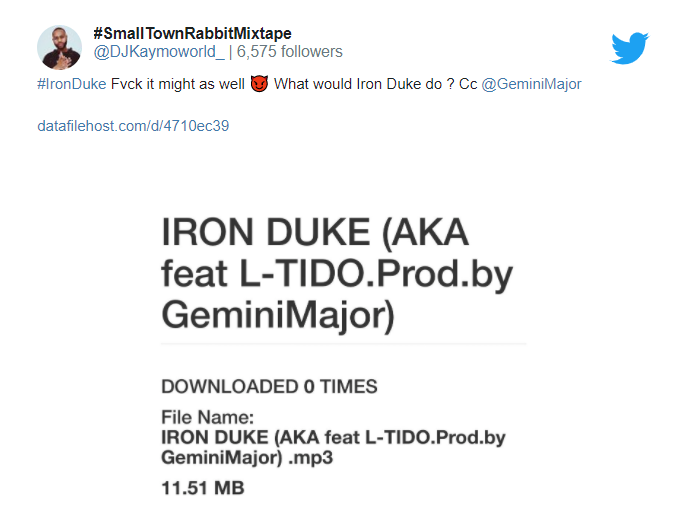 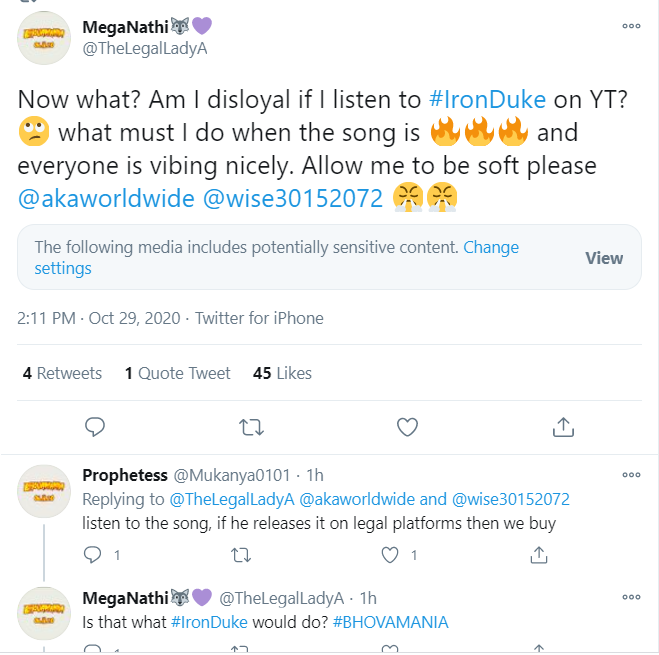 Fans are currently thanking God for DJ Kaya who has leaked “Iron Duke” featuring L-Tido. This latest effort really hits hard and fans are loving it.

You should check this new one out. Simply stream and download the song below. Also, share your thoughts on it in the comments section.