In a few weeks it would be exactly one year since SA rapper, Bhutlalakimi released his debut single, “Shayizith”. The song produced by Asapt Beats announced him to the scene in a really good way. Since then, he has risen to new heights in the industry.

Last we saw him, he had dropped the Theo Beats produced song, “All Along”. That was last month and it fast became a fan favourite. It proved his ability to pull off a dope joint all on his own. 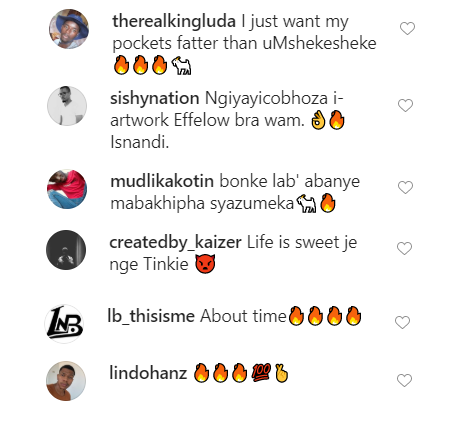 He’s out this time with a brand new offering. He calls this one “Angshizili”. Unlike the last time, the song features another rapper, Stilo Magolide, who we all know can really deliver. It is also produced by Theo Beats who does a great job on it. You might want to add it to your playlist.

Tags
Bhutlalakimi Stilo Magolide
John Jabulani Send an email 3 June 2020
Back to top button
Close
We use cookies on our website to give you the most relevant experience by remembering your preferences and repeat visits. By clicking “Accept All”, you consent to the use of ALL the cookies. However, you may visit "Cookie Settings" to provide a controlled consent.
Cookie SettingsAccept All
Manage Privacy