Isn’t it exciting how Big Xhosa has held everyone’s attention since he hit the scene. Not too long ago, the Mzansi rapper gained attention following the release of his diss track “Inyile”. In it, he fires shots at Cassper Nyovest, Emtee, A-Reece, Shane Eagle and several others.

We were all sad when he announced he was quitting music. Although, he came back with another offering and blew all our minds. We must confess, Big Xhosa is turning big competition in these streets. Rappers beware. Fans recently reacted to his Lemon Pepper Freestyle and they were all positive.

He has proven that he’s equally as talented as the best guy in the industry. Fans think he has no business quitting rap because he’s great at it. We think so too. The video already has over 40k views on YouTube. Check out some of the reactions below. 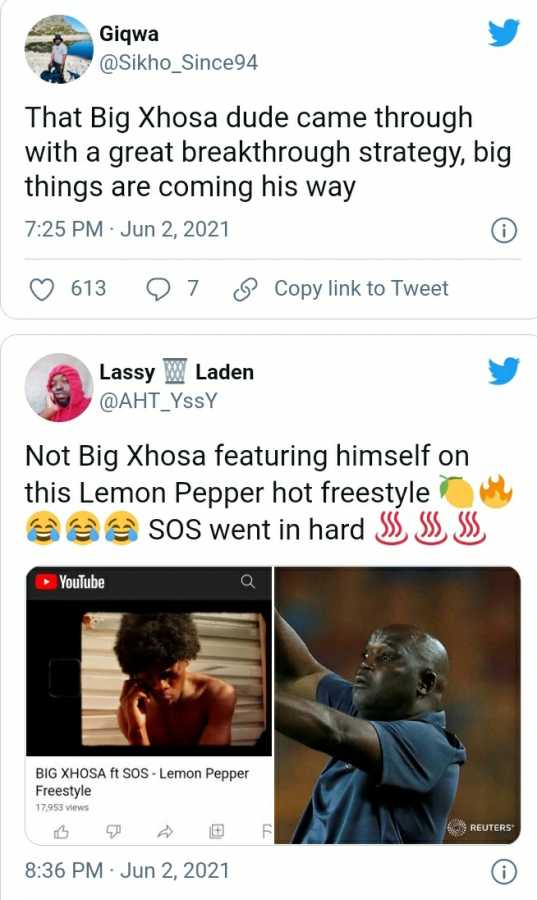 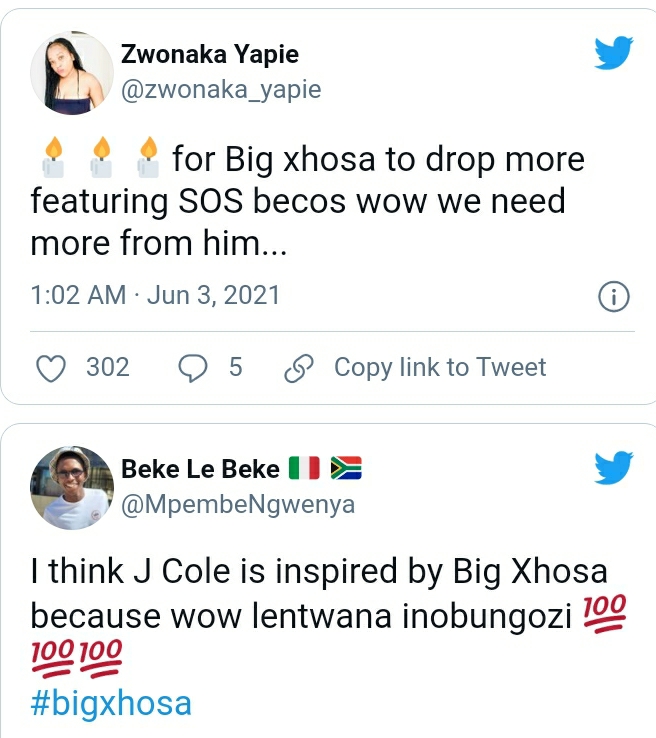 I like how Big Xhosa penetrated the industry 😂😂. Now that people know him, he will show his true rapping skills and people are gonna pay attention

Tags
Big Xhosa Hip Hop
John Jabulani Send an email 3 June 2021
Back to top button
Close
We use cookies on our website to give you the most relevant experience by remembering your preferences and repeat visits. By clicking “Accept All”, you consent to the use of ALL the cookies. However, you may visit "Cookie Settings" to provide a controlled consent.
Cookie SettingsAccept All
Manage Privacy