Here’s another talented muso who never relents from giving his fans something to keep them entertained. Popular Mzansi DJ, Ace is certainly worth every hype he gets for his music.

Since the lockdown began, he has busied himself making new music. Last we saw him, he announced the release of his new song ” Love Letter”. It’s almost been a week since that dropped. He has also dropped the stunner, “Heal My Heart” which was released on the 2nd of May. He now takes charge with the release of his new mix. 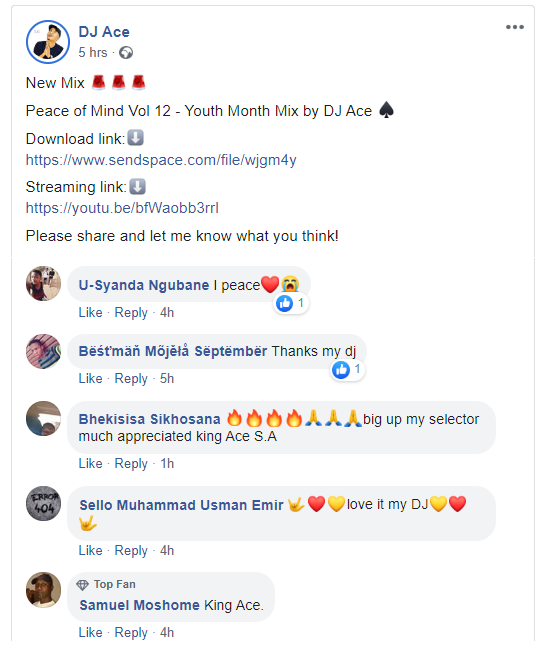 This is the 12th installment of his popular “Peace of Mind” music mix series. This one is specially for the Youth Month. So, if you’re looking to drown yourself in a really good mix, this would be the right choice for you. Do check it out.