The songster begins this journey on the wings of “April 9,” (his intro), taking fans into different orbits of his creative energies until thirty-seven minutes later, when things come to an end “From The Dirt.” That song features Gemini Major, Lucasraps, and 25k. 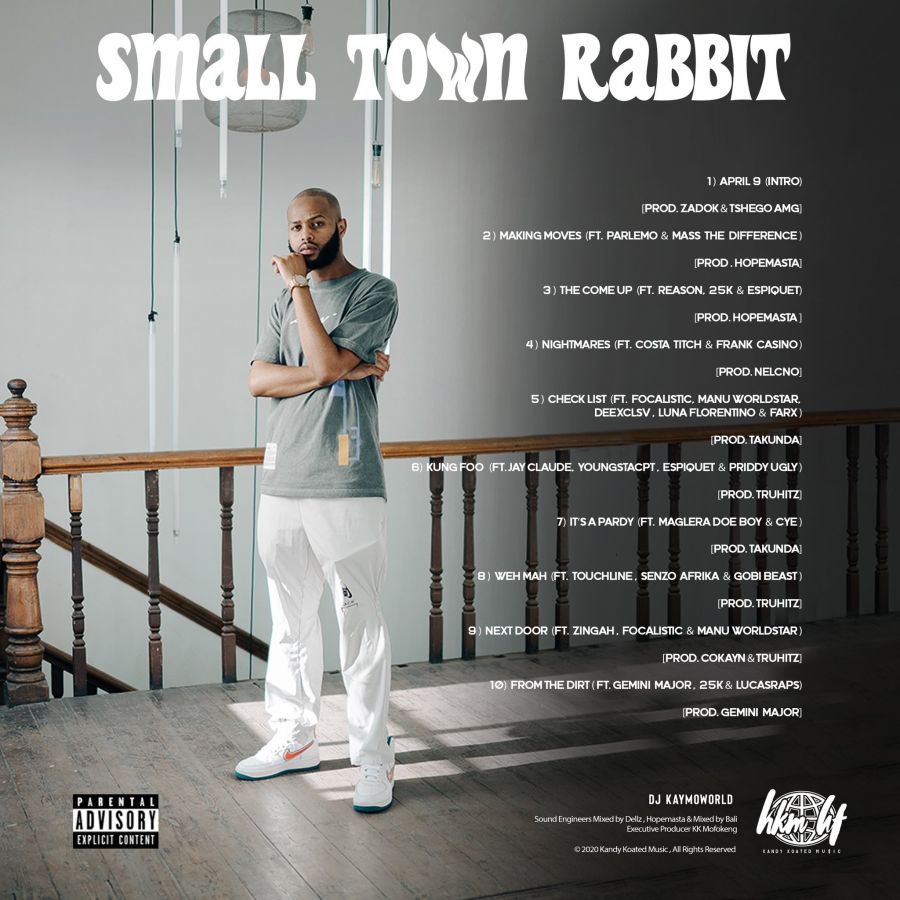 Now that’s one massive army. We confirm DJ Kaymo and his “troops” didn’t disappoint. They unleashed a collection of tracks that will snap just about any listener from the grip of boredom.

DJ Kaymo took his time creating “Small Town Rabbit,” and the result is something he should be proud of. The weekend is almost upon us. Already, we’re counting DJ Kaymo’s debut among the mixtapes to listen to this weekend – and beyond.

We invite you to this musical feast, if you please.

Tags
Dj Kaymo Hip Hop
John Israel A Send an email 27 November 2020
Back to top button
Close
We use cookies on our website to give you the most relevant experience by remembering your preferences and repeat visits. By clicking “Accept All”, you consent to the use of ALL the cookies. However, you may visit "Cookie Settings" to provide a controlled consent.
Cookie SettingsAccept All
Manage Privacy