℗ 2020 Cradle of the fourthkind

Espacio Dios had announced early 2020, that he will be dropping a new album and it got most fans in full anticipation. The album is now delivered as promised today Friday 29th of May 2020.

Espacio Dios had earlier released the “Summer Light” track from the album and it got most of his fans really hyped up. The full body of work consists of 13 carefully selected tracks. The album got features from Mu-zi, Thando Nje, Lebone.

The album is coming as a follow up to his earlier released project titled “Percussive Planet” released in 2018, which is still receiving major studio buzz. Now we get to start our weekend with this awesome project. The artist took to his Instagram page to promote the new album. The album is available for streaming on all music streaming platforms. 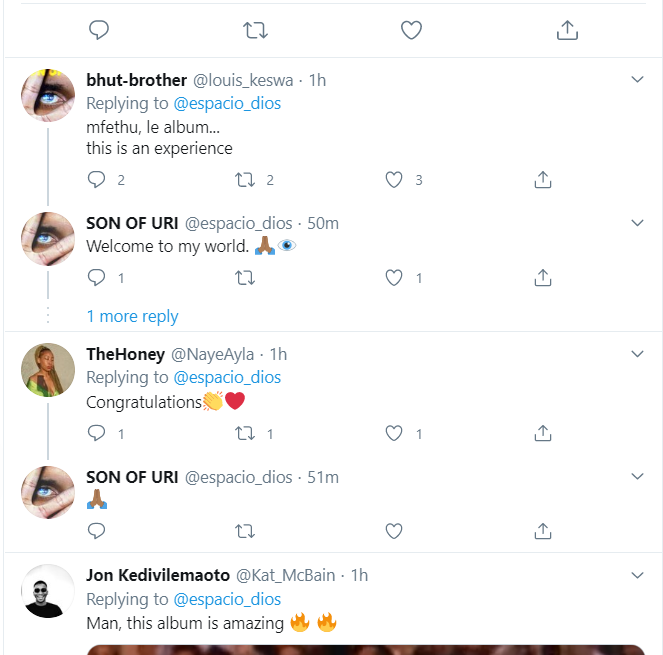 Tags
Album Espacio Dios
Wuraola Salawu Send an email 29 May 2020
Back to top button
Close
We use cookies on our website to give you the most relevant experience by remembering your preferences and repeat visits. By clicking “Accept All”, you consent to the use of ALL the cookies. However, you may visit "Cookie Settings" to provide a controlled consent.
Cookie SettingsAccept All
Manage Privacy