After weeks on international tours and collaborations, Focalistic is back in town and he is back with a greater energy as he unveils a banging new project titled “President Ya Straata”. Although he has been on some songs in the past few months, it’s been a while since he released new music. But with the recent release of “President Ya Straata,” with heavyweight features, Focalistic proves he’s still in good artistic trim.

Before he released the project the Focalistic, he’s released several teasers on Instagram and other social media platforms. At the same time, he encouraged his existing fans to follow him on TikTok to start a dance challenge for some of the teasers by dancing to the beats. He’d also assured fans that he’d share “the best of the best” on his social media pages.

Well, Foca, as he’s fondly described, did keep to his word. His “President Ya Straata” EP is a follow up on his “Quarantined Tarantino” and “Sghubu Ses Excellent”, both albums released in 2020 shaped what Focalistic has become today. Contained in the new project is the South African musician’s brand enthusiasm. So, with this EP, you’re guaranteed a definite musical opportunity without dull moments. 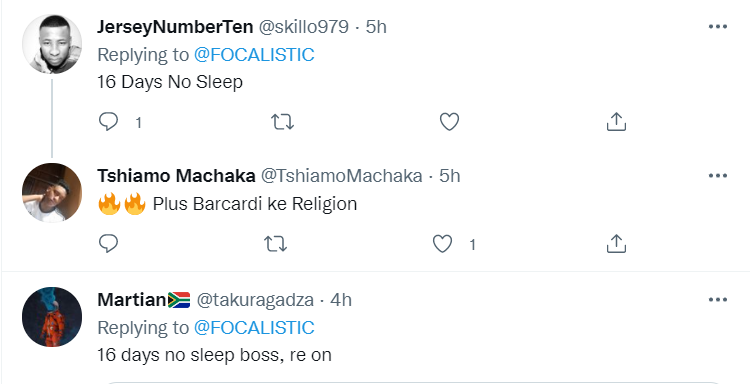 By the way, Foca used to be a core hip-hop champ. But he wasn’t given the support he expected, so he found a way to merge his rap and hip-hop skills with amapiano, which has paid off very well for him.

What do you think of Focalistic’s “President Ya Straata” EP, and how would you rate it on a scale of zero to ten? You’re welcome to stream the project below and join the conversation by dropping your thoughts in the comment section.

Tags
Album Amapiano Focalistic Hip Hop
Kelvin K Send an email 23 September 2021
Back to top button
Close
We use cookies on our website to give you the most relevant experience by remembering your preferences and repeat visits. By clicking “Accept All”, you consent to the use of ALL the cookies. However, you may visit "Cookie Settings" to provide a controlled consent.
Cookie SettingsAccept All
Manage Privacy