Rapper Gigi Lamayne is out with a new project titled “Set In Stone” album, which you can stream here on UbeToo, South Africa’s premier music hub. It’s the culmination of months of planning, and there is a lot to look forward to.

Before letting fans have the project, she informed them it was on the way. So there was no room for surprises. It’s been a long wait, but, in retrospect, the wait has been worth it. The songstress has put out a project worth every second of its play.

The compilation bears ten tracks in all – a compact affair, so to speak – with the likes of Makhadzi, Musiholiq, Major Steeze, Anzo, Bugat M Beats, Big Zulu, Busiswa and Alfa Kat as guests.

Gigi Lamayne pulled off a mini coup with this project as she managed to work with several key voices in Mzansi music. The result is not only splendid; it encourages the listener to check out what next the songstress might release.

In the interim, of course, you’re welcome to vibe with this rap winner from one of South Africa’s finest. 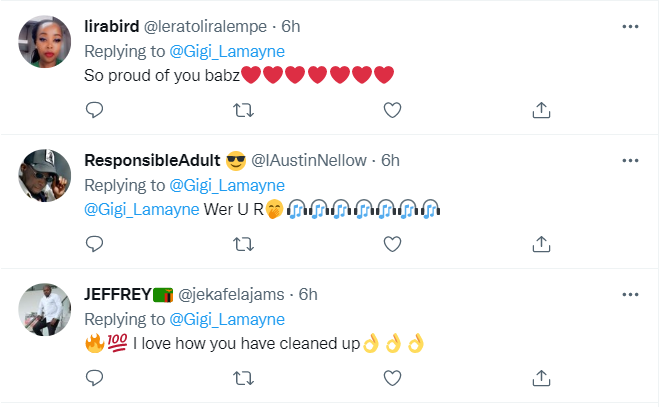 Load more
Tags
Album Gigi Lamayne Hip Hop
John Israel A Send an email 20 May 2022
Back to top button
Close
We use cookies on our website to give you the most relevant experience by remembering your preferences and repeat visits. By clicking “Accept All”, you consent to the use of ALL the cookies. However, you may visit "Cookie Settings" to provide a controlled consent.
Cookie SettingsAccept All
Manage Privacy