Amapiano is what it is today because of the work several artists and DJs put in to push it. Kammu Dee is certainly not exempted from this list. He has created and released some of the best Piano jams we’ve heard.

This year, Kammu worked with some of the biggest names on the Piano scene. He joined Reece Madlisa and LuuDaDeejay as a featured act on “Soke S’bone” by Classic Deep and Six40. He also appeared alongside Murumba Pitch on “Ejwaleni,” a song by De Mthuda. 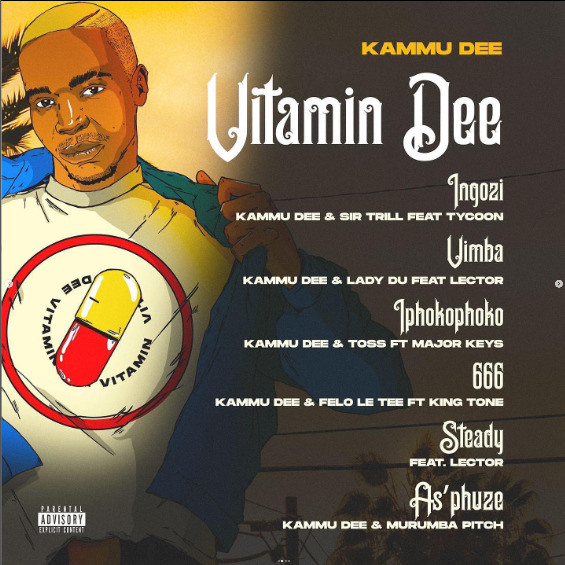 Kammu Dee has crowned his efforts with a new project titled the “Vitamin Dee EP.” The EP houses six tracks and features contributions from Sir Trill, Tycoon, Lady Du, Lector, Toss, Major Keys, Felo Le Tee, King Tone, and Murumba Pitch. Check the songs out below to listen to them. Also, add them to a playlist of your choice.

Tags
Album Amapiano EP Kammu Dee
John Jabulani9 September 2022
Back to top button
Close
We use cookies on our website to give you the most relevant experience by remembering your preferences and repeat visits. By clicking “Accept All”, you consent to the use of ALL the cookies. However, you may visit "Cookie Settings" to provide a controlled consent.
Cookie SettingsAccept All
Manage Privacy