KLY shares the tracklist for his new EP “2 Minutes 2 Late” just few days ago and promised to release the project today, the 8th of August 2020 and the EP is finally here.

Fans of the very talented RnB star, KLY going to be thrilled with this one with this new project. KLY has been teasing the EP release for quite some time now, some days before he released the album tracklisy, the Mzansi star took to his Instagram page to announce a new project and fans could not hold their excitement. 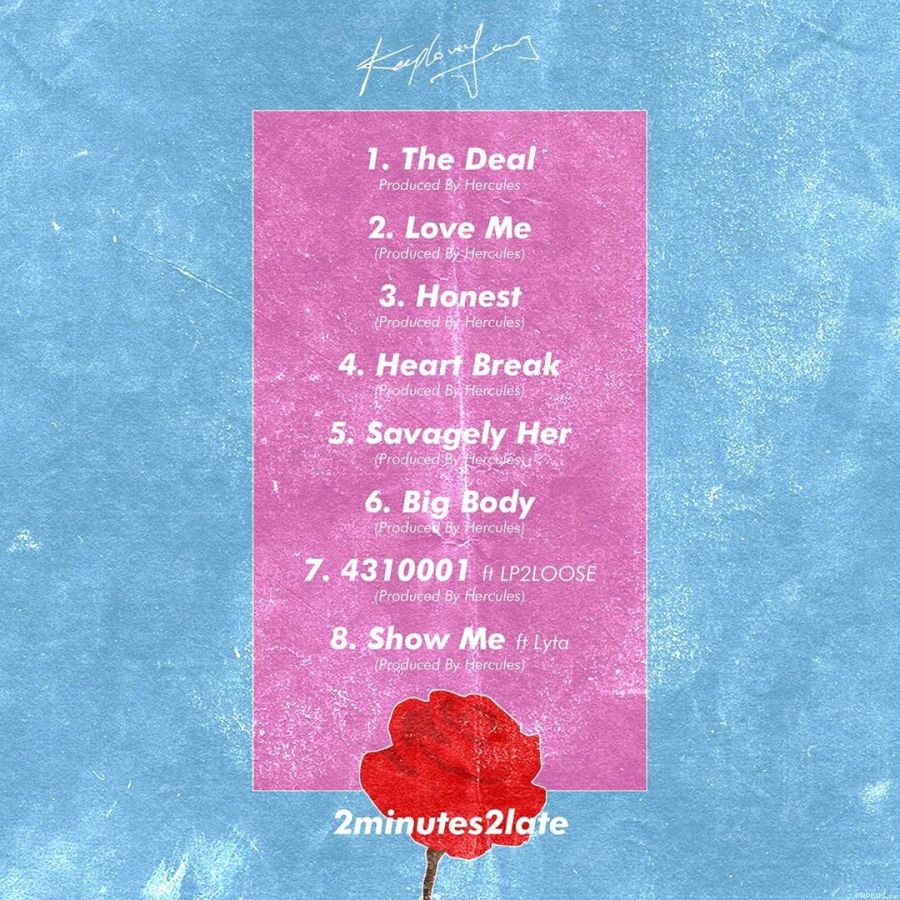 He appreciated his fans for waiting on him and promised to release his first 2020 project. While fans prepare for the project’s release, KLY went back to the studio to make sure he deliver his promise, he has now shown them what he has been up to as well as gain their trust.

The new album contains a total of 8 songs produced by Hercules. It also features contributions from LP2LOOSE, and Nigerian singer, Lyta. Wichi 1080 also contributes to it, see full tracklist below:

You might want to regulate your headset equalizer, this one hits really different.

Tags
Afrobeats KLY Nigeria
Thato Siyabonga Send an email 28 August 2020
Back to top button
Close
We use cookies on our website to give you the most relevant experience by remembering your preferences and repeat visits. By clicking “Accept All”, you consent to the use of ALL the cookies. However, you may visit "Cookie Settings" to provide a controlled consent.
Cookie SettingsAccept All
Manage Privacy