Always ready to give his fans something to enjoy, Lebza TheVillain has made a good reputation for himself in the SA music scene. The talented DJ is out with a brand new project which he promised he would deliver.

Just before the project was released, he gave fans a taste of what was coming when he released the song “Sosha”. The song features contributions from Sino Msolo and Toss, both of whom delivered memorable performances on it. Now, he has finally dropped the project. 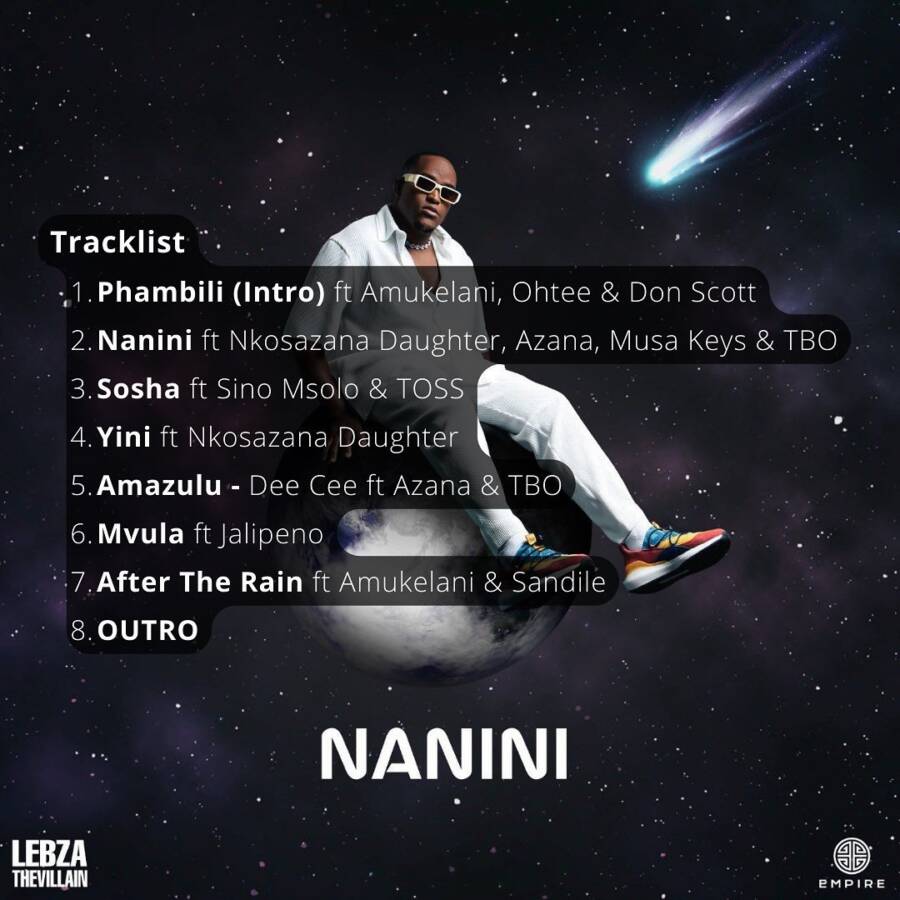 It is titled “Nanini EP”. It houses a total of 8 tracks and features contributions from Amukelani, OhTee, Don Scott, Nkosazana Daughter, Azana, Musa Keys, TBO, Dee Cee, and several others. Check the new EP out below to listen to it. Also, add it to a playlist of your choice this weekend.

Tags
EP House Lebza TheVillian
John Jabulani Send an email 1 April 2022
Back to top button
Close
We use cookies on our website to give you the most relevant experience by remembering your preferences and repeat visits. By clicking “Accept All”, you consent to the use of ALL the cookies. However, you may visit "Cookie Settings" to provide a controlled consent.
Cookie SettingsAccept All
Manage Privacy