It is always good vibes for Mzansi hit maker, Mphow 69 and his friends. The talented star has become very much attached to a few of his colleagues with whom he delivers amazing music.

He is a platinum-selling act, and a proud one at that. He deserves the success his music has amassed because of all the work he puts in. This campaign, he has made several entries into the airwaves with amazing offerings including “2020 (vocal mix)” featuring Focalistic, Jobe London & Kamo Mphela, “Hello Summer” with Kaygee DaKing & Bizizi, and more.

He now takes to the scene with this new effort. He calls it “Abalali”. The song features contributions from a few of his frequent collaborators including Entity MusiQ, Semi Tee, Kelvin Momo, & Msheke. Simply stream and download it below. 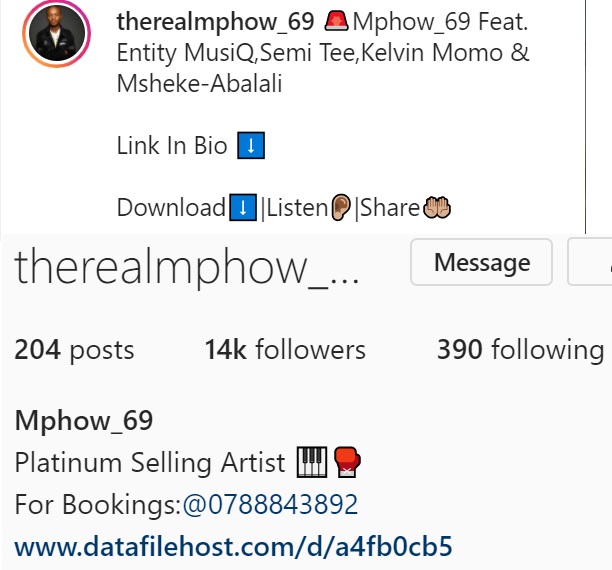