The re-release follows Prince Kaybee reclaiming the masters of the compilation following the expiration of a deal that gave it to someone else.

At the time he recovered the masters, he had informed his followers on social media, invariably reigniting the debate on the ownership of masters by artistes. His rival DJ Maphorisa had not been impressed by the announcement and had mocked him out loud on Twitter.

Anyway, Prince Kaybee got the masters back and is excited about the turn his career is about to take with the re-release of the dance compilation which first appeared on digital stores on 30 October 2015. 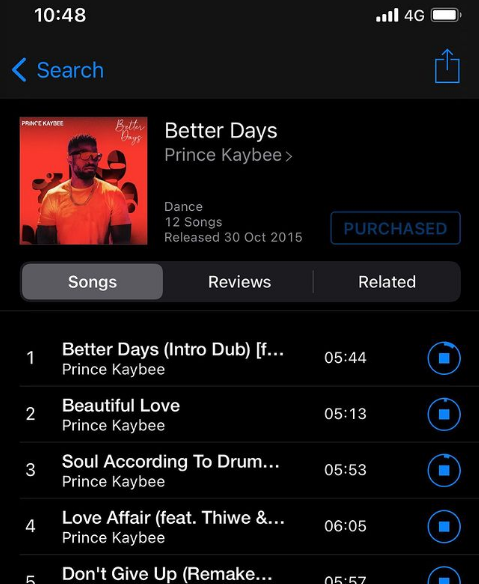 The re-release of the album follows the promise of a new song titled “Isgubhu” and an album titled “The 4th Republic.” The single will be out tomorrow and the album will be out first week or March.

Fans who can’t wait for the March project may have to assuage their hunger with “Better Days” and anything else currently on the table from Prince Kaybee.

You may want to listen to the album below and share your thoughts in the comment section.