How Could It Be – Single

What has ranks of the African Trap Movement (ATM) been up to lately? We have a clue… Ranks ATM has just treated South Africa’s music orbit with a new song titled “How Could It Be.”

Is that a statement? A question, perhaps? You see, by the time you immerse yourself in this song, you would realize your enquiry doesn’t even matter. What would matter then would be just the mellifluous universe of the song.

ATM Ranks had informed fans of the song’s coming, thus building expectation in them all. The song is here now and it appears fans are pretty chuffed with it. This should surprise no one, perhaps, as the songster has evinced remarkable artistry since he popped on the music scene in South Africa.

He has worked with the likes of Sjava and Emtee, themselves trappers of renown. In fact, Ranks ATM has great musical chemistry with the duo, and their collaborations are attention-grabbing.

Ranks ATM – How Could It Be Reactions 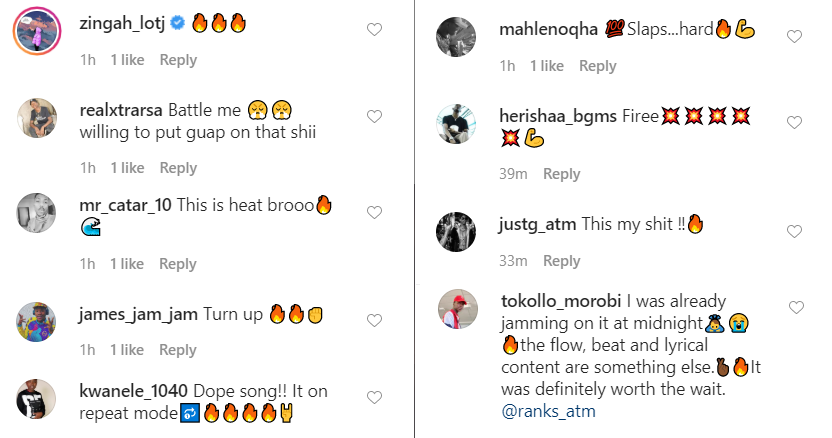 Well, there is another attention-grabbing number here, “How Could It Be,” which we are inclined to call an early weekend gift. Care to know the reason for our verdict? Then join us as we begin a listening session.

You can check the song out below, on Apple Music.

Ranks ATM – How Could It Be Official Stream/Download Links

Tags
Ranks
John Israel A Send an email 5 June 2020
Back to top button
Close
We use cookies on our website to give you the most relevant experience by remembering your preferences and repeat visits. By clicking “Accept All”, you consent to the use of ALL the cookies. However, you may visit "Cookie Settings" to provide a controlled consent.
Cookie SettingsAccept All
Manage Privacy