The song is a track from his soon to be released studio project tagged “Small World”. The Hip-hop star decided to start our weekend on a good note with the good piece and we are really having all of it.

Ricky Tyler recently joined the likes of Nadia Nakai, Tshego, Cassper Nyovest, Boity among others to be signed under the newly launching Def Jam Africa records.

Ricky Tyler had earlier given us awesome deliveries like “Thirty K’s” from his soon to be released album in 2020. The song recently got its video premiered on Trace and since then as enjoyed massive buzz. Now he is back with the beautiful piece. 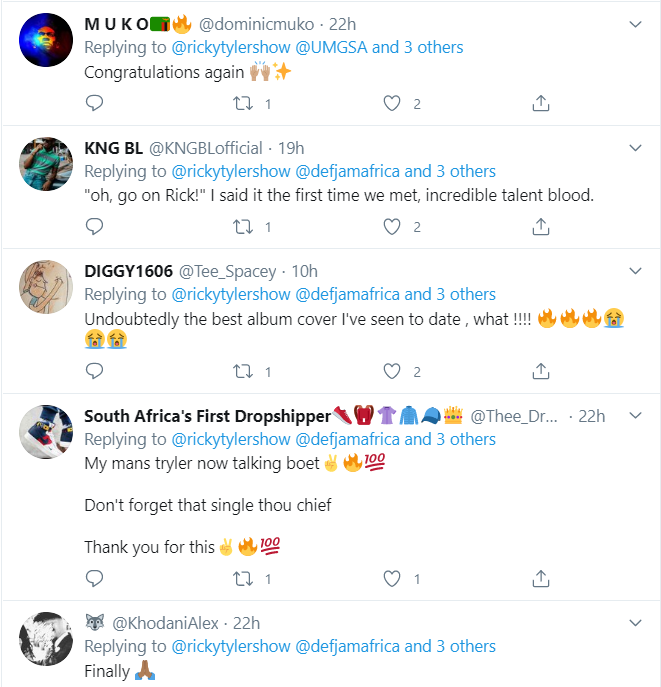 Ricky Tyler has done really well in promoting the studio project, which has really gotten a lot of his fans in high anticipation. Now we get a taste from the magic.

Tags
Album Ricky Tyler
Wuraola Salawu Send an email 29 May 2020
Back to top button
Close
We use cookies on our website to give you the most relevant experience by remembering your preferences and repeat visits. By clicking “Accept All”, you consent to the use of ALL the cookies. However, you may visit "Cookie Settings" to provide a controlled consent.
Cookie SettingsAccept All
Manage Privacy