South Africa’s amapiano space has got yet another interesting number to keep the party going. That number is titled “Stayla,” a collaborative work between Semi Tee Kammu Dee and Njelic, three irrepressible voices in the world of amapiano music in South Africa.

It is not the first collaborative work from the troika. Like past numbers from them, though, “Stayla” is a song of robust appeal, potent enough to bring the stragglers of gqom music to its orbit.

The lead singer and Kammu Dee have a particularly long collaborative history. Right here, however, some alert fans may say Miano is missing. He is another artistes tthey had collaborated with previously.

Who, for instance, can forgeet Miano, Kammu Dee and Semi Tee’s collaborative single, “Scooter,” featuring Cassper Nyovest? One may as well add that all three were on the line-up for the Lockdown Hose Party mix on Channel O in the middle of May. 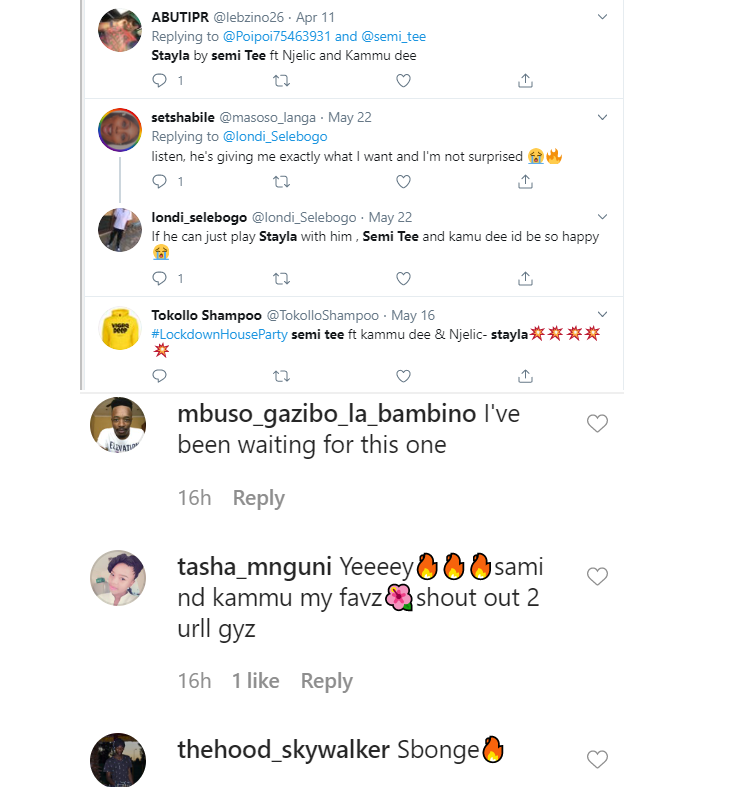 Anyway, “Stayla” has got Semi Tee’s relaxed charm. It is a song you’ll love to hear and probably have others listen to as well. Wouldn’t you rather check it out.

Listen to Semi Tee’s “Stayla,” featuring Kammu Dee & Njelic, and let us know what you think, in the comment section.

Tags
Gqom Kammu Dee Njelic Semi Tee
John Israel A5 June 2020
Back to top button
Close
We use cookies on our website to give you the most relevant experience by remembering your preferences and repeat visits. By clicking “Accept All”, you consent to the use of ALL the cookies. However, you may visit "Cookie Settings" to provide a controlled consent.
Cookie SettingsAccept All
Manage Privacy