Mzansi rapper Stogie T has always been vocal about what he thinks of Nasty C. He has always hailed the “They Don’t” rapper for his impressive talent which seems to blow his mind every time.

Nasty C once appeared on Stogie’s “The Empire Of Sheep” EP Deluxe version alongside Boity, Nadia Nakai, and more. Now, he features on the rapper’s new song. He calls it “Dunno”. The song was first announced on Instagram and scheduled to drop on July 3rd alongside a second song “Animals” featuring Benny The Butcher. 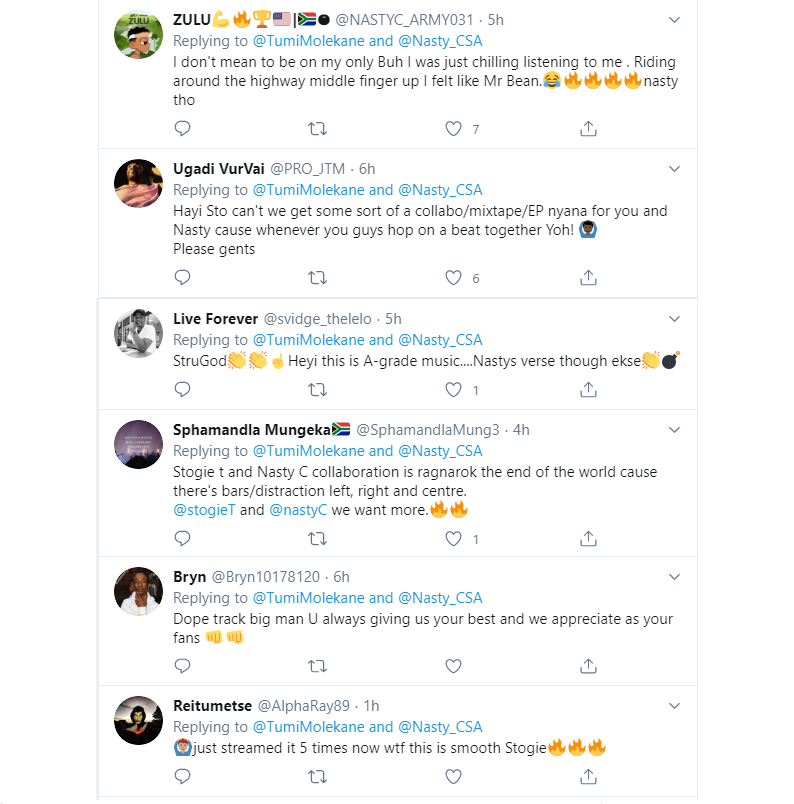 Both rappers have been killing it since the lockdown began. Stogie has successfully hosted various freestyle Fridays featuring various rappers from Mzansi and also outside the country. Nasty on the other hand has dropped several successful tracks. Now, they both team up on this brand new stunner that will hit the airwaves hard. Official stream/download links