Kehlani comes through with her second studio album “It was Good Until It Wasn’t”.

It Was Good Until It Wasn’t

R&B songstress, Kehlani is certainly not who she used to be since she made her debut to the music scene. The R&B star has truly grown into the artist she was always meant to be. She music she delivers tells that tale.

At midnight, she dropped her sophomore album “It Was Good Until It Wasn’t”. Since then, fans have been going crazy for it. Hours after the album’s release, it made it to the top of US iTunes chart. This shows how much people are feeling it.

Back in 2017, Kehlani drew attention with the release of her debut album “SweetSexySavage”. It has since cemented her place on R&B grounds. She followed it up with the release of her mixtape “While We Wait” in 2019. The new album houses 15 tracks and features contributions from Jhené Aiko, Tory Lanez, Masego, Lucky Daye, and James Blake.

“This album was so many albums before it was this one,” Kehlani tells Apple Music of it Was Good Until It Wasn’t. Yet her second proper studio album arrives perfectly suited for this moment that is filled with uncertainty—when so many are taking stock of the things we often take for granted and yearning for closeness we can’t have, whether due to physical or emotional separation. As she aptly sums up in the initial seconds of “Toxic”, the slick opening track, I get real accountable when I’m alone.”

A central and familiar theme emerges early: the eternal war between need and want, between the sentimental and the carnal. Songs like “Can r a lurid come-on, and “Water”, an astrological seduction, smoulder with sexual appetite that masquerades as control and confidence. But she offsets the posture in turns—”Hate the Club”; gilded by Masego’s golden saxophone lines, is passive-aggressive; “Can You Blame Me” reflects the push-pull of desire at odds with pride and “Open (Passionate)” portrays the insecurity of emotional nakedness. Taken together, it’s a revelation about how easily, as she proclaims on “F&MU”, “‘I hate you’ turns into ‘I love you’ in the bedroom.” But the whole picture isn’t one that is so neat or simple; the album’s real feat is its depiction of how we are all many things at once, often contradictory but sincere nonetheless. Kehlani’s rendering of the personal as universal is a matter of course, but it’s when the mines her experiences with unblinking specificity that she becomes transcendent.

I’m kind of in a relationship that has put me in a space of almost processing my parents a little bit,” the Oakland-born singer says, adding that her lather passed away from a “gang-related situation” when she was young. “I started diving into (that) headspace with the music I was making? That link emerges most explicitly on ‘Bad News”, one of the album’s most poignant performances, which finds her pleading with a lover to choose her over a lifestyle which threatens to pull them apart. Kehlani has always been powerful when she’s vulnerable—the essence and through line of her music is in the way she allows that which makes her weak to make her strong again.

It Was Good Until It Wasn’t arrives in May 2020 as many people remain under orders to stay at home and practice social distancing, but this music can be a vehicle to another place, even it that place is your own head. Kehlani shrewdly captures the tangled intricacies of connection in a time defined by disconnect—a hurdle not just to relationships but to productivity as well. “The biggest thing about this whole quarantine was that I impressed myself,” she says. “That’s why no matter what happens with this album, this might be my favourite project I’ve ever put out.”

If you are unable to find a free download link, that means the music is most likely not released for free. Use the official link above or find out how to stream/download free songs in SA here: How To Stream/Download Free Music. For latest news, albums, EPs, songs and videos from this artist/topic, click on the name or related topics below, otherwise keep scrolling for more hot exclusives.
Tags
Album Kehlani
Show More 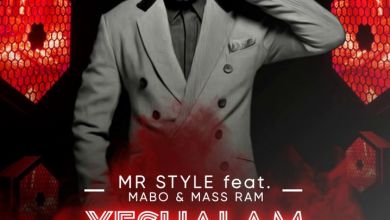 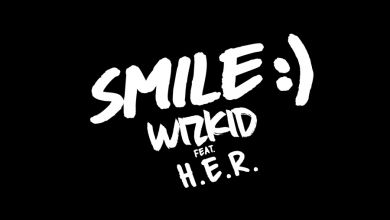 Wizkid Give A “Smile” With Grammy Awards Winner, H.E.R. On New Song 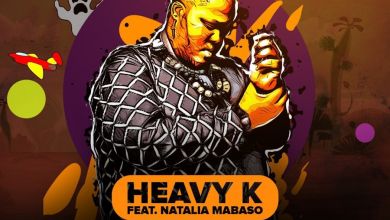