The new song by the talented producer saw him join forces with Kmore. Both artists did well on their delivery of the new song to a carefully prepared beat.

Vusinator had been teasing the song for a while now on his social media page and it got a lot is his fans anticipating the new song, till it finally dropped and happens to be an awesome masterpiece.

Vusinator is a highly gifted Disc Jockey in the Amapiano genre in SA. He has since his debut released a couple of topnotch sounds that have taken over the music industry overtime.

The song is coming as a follow up to his earlier released “Basazozwa” song from his “The Mask of Nator” album released early 2020. Now he is back with this track to thrill his fans. 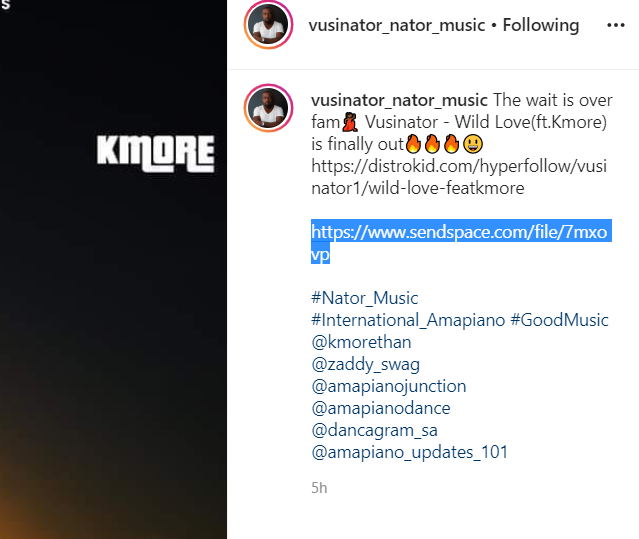