Willy Cardiac comes through with his highly anticipated joint “Fan Of Me” featuring Eric Bellinger.

If anyone has been on a roller coaster ride to the top, it is Hip-hop star, Willy Cardiac. He might be the new kid in the block but he’s got a lot of bragging rights.

The Pretoria native has been making us proud for a really long while now. From dishing amazing joints, to dropping a new collab with Eric Bellinger. How cool is that? He announced the track a while ago, and has been promoting it for while now on social media.

Finally, it’s out and his fans are going nuts. This is the kind of music that makes Hip-hop look good. It’s certainly another feather to add to his cap. The joint is about a girl who can’t get enough of him. Well, we must say we’re fans of him too, that’s how addictive he is. 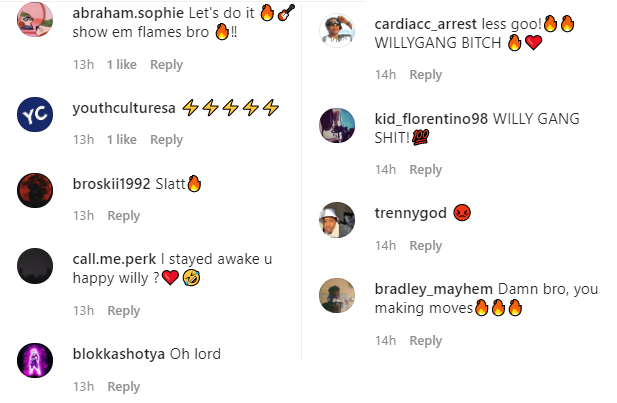 Tags
Eric Bellinger Willy Cardiac
John Jabulani Send an email 29 May 2020
Back to top button
Close
We use cookies on our website to give you the most relevant experience by remembering your preferences and repeat visits. By clicking “Accept All”, you consent to the use of ALL the cookies. However, you may visit "Cookie Settings" to provide a controlled consent.
Cookie SettingsAccept All
Manage Privacy