The award-winning rapper took to Twitter to reveal that he actually planned on releasing the EP, ‘It’s Only Weed Bro,’ on his SoundCloud. However, Wiz Khalifa shared a link for a WeTransfer download.

Wiz Khalifa is here again to thrill us with rhymes and the 17-minute projects are tracks that are worth listening to.

The talented rapper has released his 7-track EP after debuting his first single in 2020 titled, ‘Real Rappers Rap,’ and revealing that he will headline Rolling Loud Portugal. 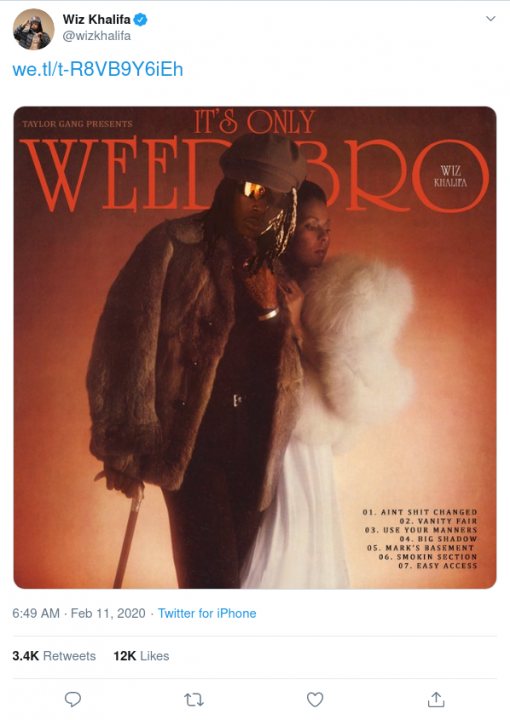 Tags
Wiz Khalifa
Annika Melisizwe Send an email 12 February 2020
Back to top button
Close
We use cookies on our website to give you the most relevant experience by remembering your preferences and repeat visits. By clicking “Accept All”, you consent to the use of ALL the cookies. However, you may visit "Cookie Settings" to provide a controlled consent.
Cookie SettingsAccept All
Manage Privacy