“Khaya Lam” album marks another interesting milestone in Zanda Zakuza;s life. The songstress has been in the music industry for about 5 years, but her interest in music dates back to when she was much younger.

She had snapped attention as the soul-guest on Master KG’s soaraway single “Skeleton Move” and also had a great outing on Prince Kaybee’s “Club Controller” alongside LaSoulmates. And she isn’t done yet. 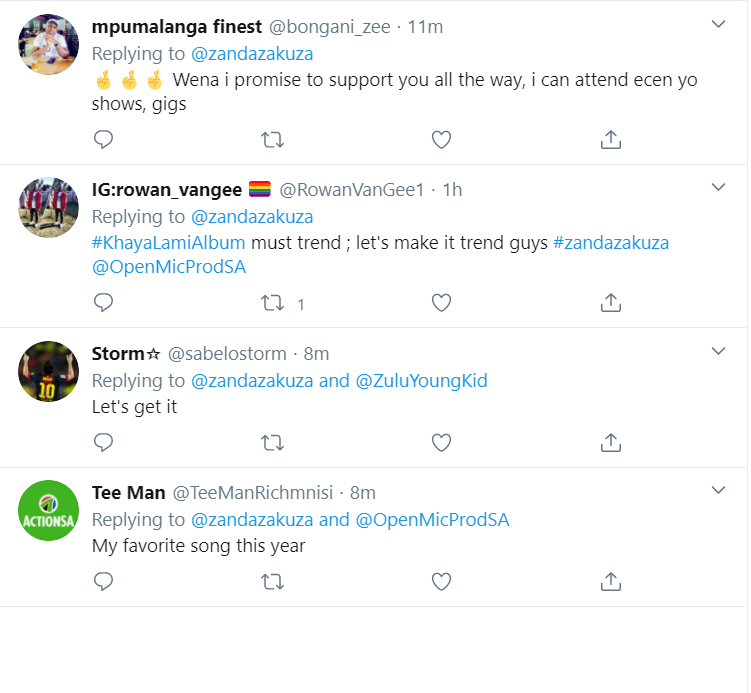 She had previously released an album titled “Synthia: The Journey,” a dedicatory work to her mother with whom she has a great relationship. What follows, “Khaya Lam” album, is as engaging as her previous project, and we’re confident you’ll enjoy every minute checking it out. Go right ahead.

Tags
Album Open Mic Productions Zanda Zakuza
John Israel A Send an email 9 October 2020
Back to top button
Close
We use cookies on our website to give you the most relevant experience by remembering your preferences and repeat visits. By clicking “Accept All”, you consent to the use of ALL the cookies. However, you may visit "Cookie Settings" to provide a controlled consent.
Cookie SettingsAccept All
Manage Privacy