As the year winds down, it’s time to consider what has happened in 2009. Apple had a spectacular year, considering the poor economy and Steve Jobs’ medical leave. Here’s a list of ten things Apple did right this year.

1. Kept Mac prices high. Windows computers had prices lowered this year, but Apple kept their pricing up, which did not seem to decrease their sales at all.

2. Kept advertising strong. Apple’s advertising has always been unique and they kept that up this year, emphasizing the iPhone and the App Store.

3. Priced Snow Leopard appropriately. Snow Leopard has more new features and improvements than most people think and it was only $29.

4. Deceived the public about Steve Jobs’ illness. This may not be the nicest thing to do, but Jobs is very identified with the company’s success, so Apple faced a difficult decision here.

5. Updated the $999 Macbook. This laptop is cheap compared to other Mac products, but offers a great number of features and decent specs for the price.

7. Lowered iPhone pricing. By lowering the price of the iPhone to $99, Apple made it more affordable for more people.

8. Supported HTML 5 in Safari 4. Apple does not want Flash on the iPhone because it will compete with the App Store, and HTML 5 offers the solution for Apple.

9. Brought a lawsuit against Psystar. This sets an important precedent regarding software piracy, especially considering that Apple does not use product activation like Microsoft does.

10. Opened Apple stores. Despite the bad economy that caused major chains to fail, Apple continued to open up more stores.

Let’s hope the next year for Apple will be as good as this one.

Via Betanews, image via Maconlysource. 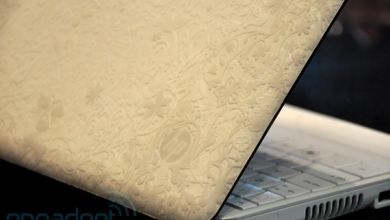 Two New Netbook Announcements To Get Excited About