It’s pretty, that’s for sure. Its hefty $724.21 (NT $23,900) price tag may appear to be a turn-off for more cost-conscious consumers, but the new netbook offers a range of customizations (software, DRAM, storage, etc.) that could shift the price a few hundred dollars in either direction. 3, 6, and 9 cell batteries will be available as well as 160 GB, 250 GB, and 360 GB hard disk drives.

Other features include an embedded 1.3 megapixel camera, a GeForce 9300M Nvidia graphics card, and an external multi-optical drive for recording and playing DVDs and CDs. This is quite a step, for most netbooks lack the optical drive and have only standard graphics cards and cameras.

Another interesting new feature is the magnifying software installed on the device. You tap a button, and a window covering about one fourth of the screen magnifies any text you are looking. There are options for double, triple, or quadruple magnification, though the latter makes text somewhat large and blurry.

It seems likely to rival HP’s Mini-Note, with a similarly metallic case and placement on the price spectrum. The case is only “metal-like” according to Asustek, however, not true aluminum like the Mini-Note.

Many have enjoyed its bigger keyboard so far, and contended that the larger track pad (with left and right click buttons at the bottom, rather than the sides) made the netbook feel far less cramped, increasing its usability. Most netbooks’ track pads are half the size of the N10’s, and most feature smaller keyboards as well. The N10’s keyboard is closer to the size of a notebook than that of a standard netbook, which leaves it feeling far more easy to use. 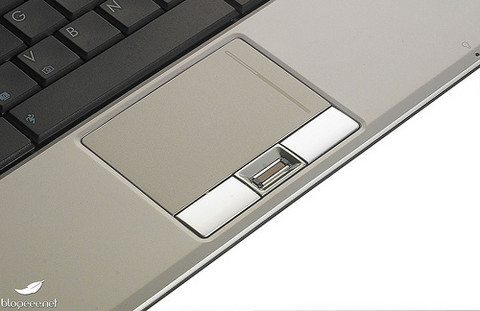 A standard N10 running Windows XP Home features a 3-cell battery, a 160 GB Harddrive, and 1 GB DRAM. It had built-in Bluetooth as well. For now it has an iffy 40-45 second load time running XP, but Asustek has assured it will also be adding Express Gate, a Linux-embedded OS, that should reduce the load time to around 8 seconds. Vista is also offered for the netbook, though this makes me a bit uneasy; Vista raised the startup time on Mini-Notes to a sluggish 60 seconds. It has yet to be seen how smoothly 2 GB of DRAM will run the operating system.

There are cheaper netbooks with similar screen sizes and capabilities, but for those willing to shell out an extra few hundred for the customizations, keyboard, and tracking pad the N10 is an excellent choice.

Tags
Netbookboards
Thato Siyabonga Send an email 9 February 2008
Back to top button
Close
We use cookies on our website to give you the most relevant experience by remembering your preferences and repeat visits. By clicking “Accept All”, you consent to the use of ALL the cookies. However, you may visit "Cookie Settings" to provide a controlled consent.
Cookie SettingsAccept All
Manage Privacy