I’m not going to lie: I really am getting sick of Facebook. The site is seriously a privacy nightmare. Take, for example, Facebook’s notable announcements this week. Mark Zuckerberg, the CEO of Facebook, described his vision of the Internet as a web of human relationships with users sharing all sorts of information with one another. Part of the vision is a universal Like button, which lets users let others know that they, well, like something.

The problem stems from the fact that users do not know precisely how much they are sharing and with whom they are sharing such information. And with Zuckerberg’s new vision for Facebook, profile information could be accessible to third-party sites. Facebook’s privacy settings are unclear at best and useless at worst. When the settings were changed six months ago, 65 percent of users kept their profiles public.

Users either do not understand their own privacy settings or simply do not care, both of which are a problem. Of course other companies, such as Google, have had problems with privacy in the past. But as Dan Costa said in his article at PC World, “For Google, having users share private information is a constant risk and an unfortunate side affect of its services, perhaps even a liability. For Facebook, it is a business model.” And personally, I do not want to have anything to do with a company that has such a business model. 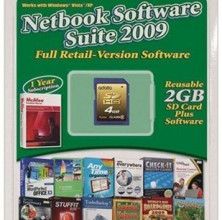 Samsung NC20 Is Big And Beautiful

AMD to Enter Netbook Market by 2009