Qualcomm has big stakes in the netbook business. For four years it’s been feverishly working on a $350 million chip to be used in netbooks, which shall be based on the Snapdragon processor.The prototype will be released next year and is expected to be a departure from the style of Intel’s Atom chip.Manjit Gill of Qualcomm’s Connected and Consumer Products Group thinks the market is in the mood for more connectivity, not just processing power. “Our vision is that [the device is] always connected. Even when you shut it down, it’s still ‘on’.”This ‘always on’ business means you can instantly get on a server and check your email as soon as you open up your netbook. This is the kind of thing Intel can’t do right now – Gill believes the “limitations in the [Intel] architecture” separates the Qualcomm chip from the Atom. On an Atom chip, leaving it on all the time would suck up all the battery.To contrast, the Atom is a more agile device despite its lack of integration.But Intel’s not Qualcomm’s biggest competitor, for the moment. ARM, whose processors are featured in most mobile devices today, has the model Qualcomm’s trying to imitate.It got a license for ARM’s architecture, threw $350 million at it, and now we see the result: the Qualcomm QSD8672 dual-core Snapdragon. It has two CPUs which can manage 1.5GHz performance, download speeds of up to 28 MB/s, 1080p HD video, Wi-Fi, and HSPA+. The chip even has mobile TV and GPS.Qualcomm will also use technology from ATI to power the graphics core of the chip. Taiwan Semiconductor Manufacturing Company will build the processor at 45 nm. Devices by ASUS, Acer, and Toshiba are already being planned with the Snapdragon in mind. Watch out, Intel! 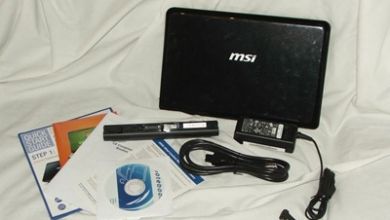 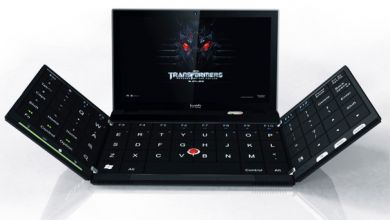 A Solution To Netbook Keyboard Worries