Kensington has released a new set of netbook accessories, and we’re here with the juicy details.

The Kensington Pro Fit and Connect It collections were broadened to include “a wireless mouse, two wired mice, along with two universal docking stations, two ergonomic keyboards, a wireless presenter, an ambidextrous trackball, and a multi-display adapter.” Kensington also mentioned an iPhone car mount for $40 designed to acoustically increase speaker volume without draining the iPhone’s battery further.

Some particularly interesting developments for netbook users are a $15 USB-powered videochat light, a mobile netbook hub adding 4 USB ports, a $25 nano-receiver wireless mouse for netbooks, and a USB mouse for $15.

The company also delivered a waterproof USB keyboard that you can wash to remove germs. 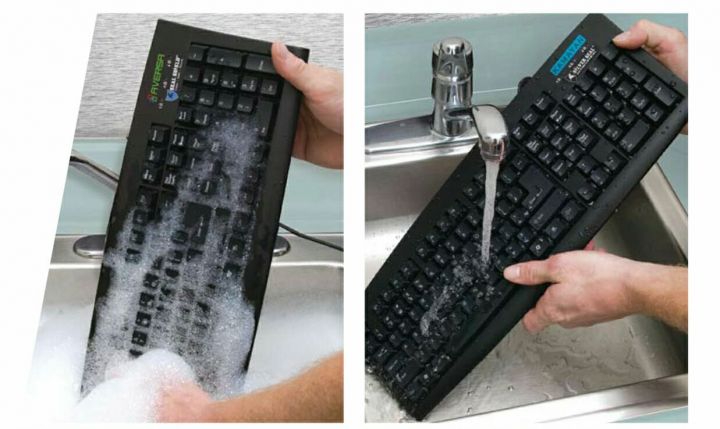 A final addition was the $80 universal multi-display adapter. Reminiscent of the MIMO touchscreens, up to six adapters can be connected to a netbook or other computer at once for additional monitors. The monitors support DVI and VGA video output and have resolutions of up to 2048 x 1152 for the widescreen version and 1600 x 1200 for the standard one.