ThinkpadToday thinks that the Thinkpad X200e netbook  – to be branded the X100e, for some reason – is on its way as early as January 5th 2010, borne with the tagline “Entry level ultra portable, the first ThinkPad of its size”. We’re skeptical about netbook rumors in general, but in this case Zol has delivered some leaked photos as evidence:

While the displayed samples have a white casing, ThinkPad Today says Lenovo is going to stick with black matte for the X100e. 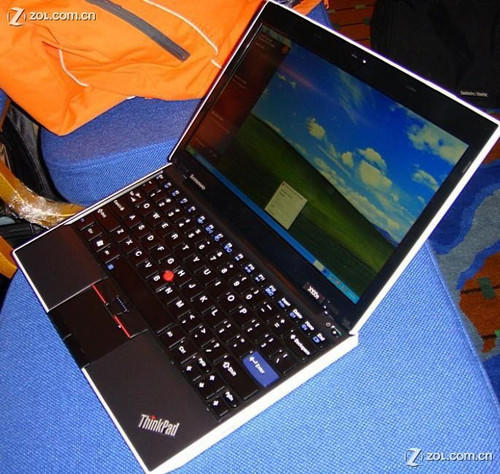 Specs are unknown thus far but a setup has been proposed – the 1.4 GHz Intel Centrino 2 CULV CPU with GMA 4500 MHD graphics or a 1.6 GHz AMD Athlon Neo CPU with ATI Radeon HD3410. Regardless of the main components, the Thinkpad X100e should deliver a 12.1-inch WXGA screen with 1280 x 800 pixels, 3 GB of RAM, Gobi 3G and a variety of storage options. It’s possible that Lenovo will throw in an UltraBase docking station with an integrated optical drive as well.

Tags
Netbookboards
Thato Siyabonga Send an email 6 November 2009
Back to top button
Close
We use cookies on our website to give you the most relevant experience by remembering your preferences and repeat visits. By clicking “Accept All”, you consent to the use of ALL the cookies. However, you may visit "Cookie Settings" to provide a controlled consent.
Cookie SettingsAccept All
Manage Privacy