Claiming that it’s this year’s “showpiece” of the netbook world, MSI has recently introduced the Wind12 U230 netbook. Not unjustly named the “showpiece” of the year, this masterpiece of a netbook features a dual-core CPU, an integrated ATI Radeon HD3200 GPU, and the capacity for 4 GB of RAM and a 320 GB hard drive. The Wind12 netbook also has an HDMI output port, Ethernet, and three USB ports, and ships with Windows 7 Home Premium. Might as well call it a laptop, no? 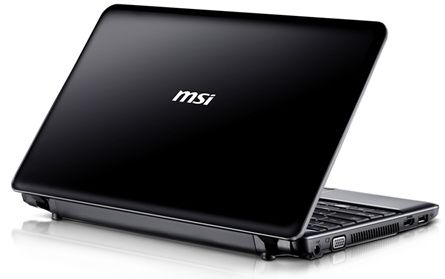 MSI has also expanded the surface of the keyboard to cater to users’ needs of comfort. Overall, the Wind12 netbook weighs roughly 1.3 kg, including a 3-cell battery that holds about four hours of juice. Overall, not bad specs compared to other netbooks, considering its performance capabilities.