Android has been announced for a few devices so far, but a new release by China-based Skytone is the very first flesh-and-blood Android device, ripe and ready to buy: the $100-$200 Alpha 680.

The device comes in pink, yellow, red, black and white, and you can find it on Skytone’s site. It has a flip-around touchscreen, designating it a tablet netbook, and is said to have an integrate “gaming pad” as well.

Skytone included Wi-Fi, Ethernet, a few USB ports and an SD card slot for a low cost, but otherwise the device is what you’d expect from such a cheap machine. Take a look at the full specs, courtesy of ComputerWorld:

Some are saying the Alpha 680 netbook is just a “glorified cellphone“, and we can’t quite blame them. At the very least, however, given Skytone’s precedent of selling Skype headsets, it is sure to run Skype successfully.

The ARM CPU is no powerhouse and there isn’t much RAM to work with, but at least you can use the SD card to plug in a few more GB of storage.

If the Skytone Alpha 680 Android netbook isn’t your cup of tea, don’t worry – the OS is going to be all over the market very soon, with quite a few manufacturers (Pegatron, for one) confirming their intent to sell Android netbooks. 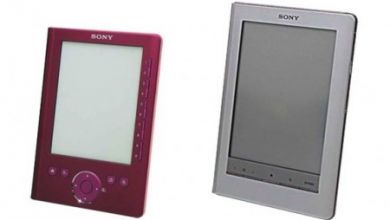 The New Purple NetBook For The Hearing Impaired