The highly anticipated Windows 7 release is getting closer. And now we’re even more excited because there are some features of the interface that will be specially tailored towards netbooks. Below we’ll layout a few notable ones.

Windows Maximize. You’ll be able to maximize a window just by dragging it to the top of the screen. To restore the window to its previous size, just drag it back down.

Show Desktop. Hovering the cursor over the far right of the tasksbar hides all the open windows. Move the cursor away to restore these windows.

Aero Peek. Hovering the cursor over an icon in the taskbar allows you to see a thumbnail of the respective program’s window. Thumbnails are live and you’ll have the ability to close them from the taskbar.

Windows Shake. When you have multiple windows open, but only want to work with one, grab the title bar of the window that you’re interested in working with and give it a side-to-side shake. All the other windows will disappear (minimize) to the taskbar. When you’re done, just give the sidebar of the progam that you were working with another side-to-side shake to return all the windows to their original position. 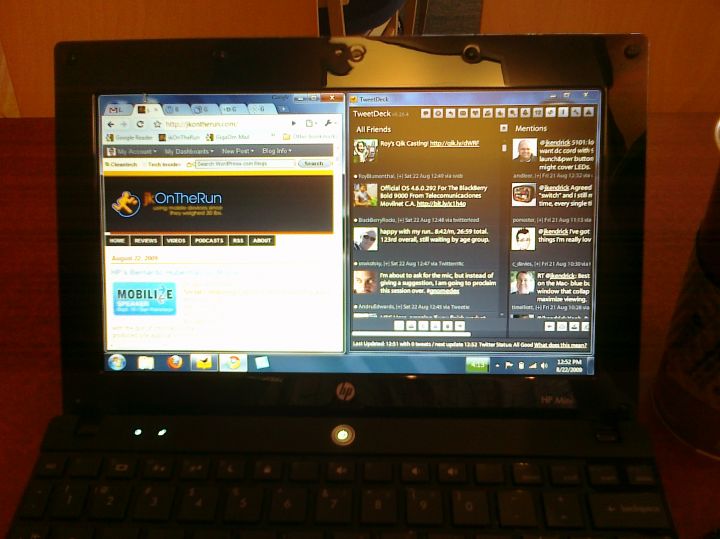 Have a favorite Windows 7 shortcut or functionality? Give us a shoutout!