Have y’all been hankering for a Black Coffee-Pharrell Williams collaboration? Well, we have, and it looks like our prayers will be answered soon. So shall we all hear “mazel tov”?

Pharrell Williams is a veteran American rapper, singer and record producer famous for many songs, including “Happy” and “Freedom.”

Black Coffee hinted at their collaboration in a tweet on 19 June 2020. The tweet was pretty laconic, stating the DJ and prouder was counting to the release. He followed it with the hashtag #10missedCalls. 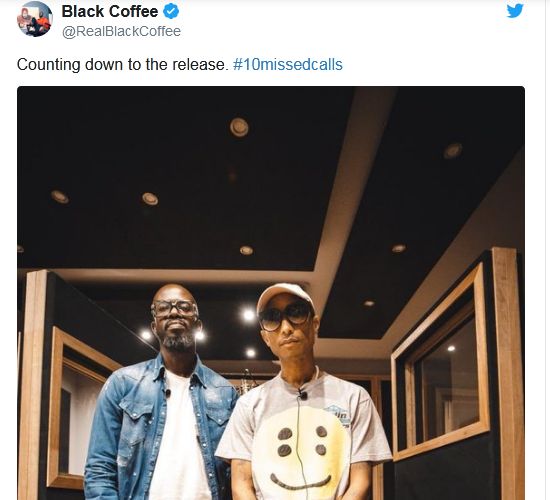 So it is assumed “10 Missed Calls” will be the title of the song. Already a fever of anticipation has gripped fans and it looks like they might remain favered until the song drops. Black Coffee gave no release date, but it is assumed the song will be released soon. So keep your eyes open for the song, which will be featured here on release.

By the way, this isn’t Black Coffee’s first international collaboration. The celebrated DJ has worked with several key international figures previously, including David Guetta and Usher.

What do you think of the upcoming Black Coffee and Pharrell Williams collaboration? We invite to join the conversation by dropping your thoughts in the comment section below.