SA Disc Jockey and producer, Prince Kaybee has shared how tough 2021 has been for him.

A lot of Mzansi DJs and artists have had an amazing year. With hit songs, and back to back gigs in hand, they have ruled the year. Sadly, Prince Kaybee has revealed that this was not his story this year.

The “Fetch Your Life” star opened up about how tough the year was for him. He referenced the photo of his dick which got leaked on social media, and how he was uninspired to make music. He also hinted at how much Covid affected his year, and opened up about being attacked at his establishment.

According to him, he broke his wrist, and also did not buy a new car this year. Still, he shared hopes of trying again next year. This proves that he isn’t letting the year weigh him down. Hopefully he gets back up there. 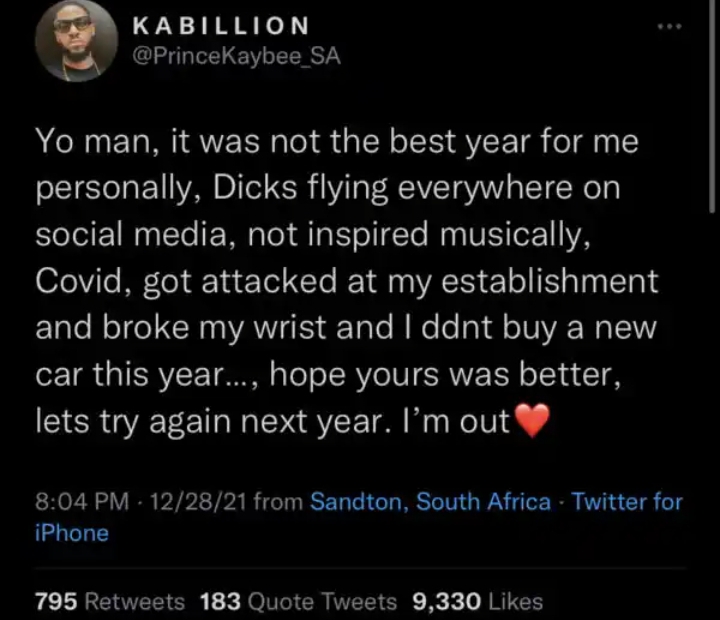 Tags
Prince Kaybee
John Jabulani Send an email 29 December 2021
Back to top button
Close
We use cookies on our website to give you the most relevant experience by remembering your preferences and repeat visits. By clicking “Accept All”, you consent to the use of ALL the cookies. However, you may visit "Cookie Settings" to provide a controlled consent.
Cookie SettingsAccept All
Manage Privacy