Hip hop ace 25k is on (a) billboard! Not the American charting platform and certainly not a billboard in New York or Paris. It’s a local affair down at Atteridgeville in South Africa. But then that’s just the beginning.

The South African rapper recently released a body of work entitled “Pheli Makaveli,” which was what popped on the billboard in question, alongside the image of the rapper himself. The songster had climbed a container to show off his latest offering.

Fans were excited for the songster and showed their excitement in their responses to his post. Some loudly proclaimed it is the beginning for him, and that he’s one day go international on a billboard like compatriots Nasty C and Cassper Nyovest had done.

A billboard appearance in New York, or Paris, or both, is one of the biggest flex in Mzansi music right now. But only a few top figures (mostly in hip hop) has eared that level of prestige. Hopefully 25k joins the league soon. As the saying goes, nothing is impossible. 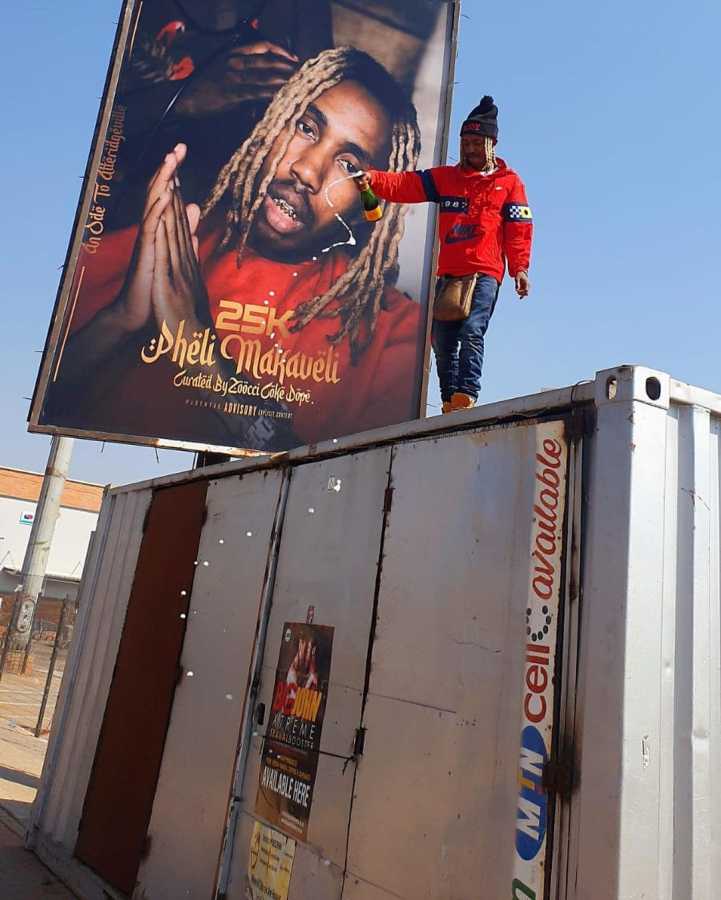 What do you think of 25k’s billboard triumph in Mzansi? You’re welcome to join the conversation by dropping your thoughts in the comment section below. Way to go!

Tags
25K
John Israel A Send an email 9 August 2021
Back to top button
Close
We use cookies on our website to give you the most relevant experience by remembering your preferences and repeat visits. By clicking “Accept All”, you consent to the use of ALL the cookies. However, you may visit "Cookie Settings" to provide a controlled consent.
Cookie SettingsAccept All
Manage Privacy