There is a list of highly anticipated albums expected to drop this year, and 25K’s “Pheli Makaveli” is one of them. The Mzansi emcee has been one of the most lauded rappers since he hit the scene.

Now, he’s set to establish his kingdom with the forthcoming album. He has now unveiled the official tracklist for the forthcoming project. It features a total of 12 tracks with major production credits going to the acclaimed Zoocci Coke Dope.

Also, the album will feature contributions from highly rated SA Hip Hop acts including Zoocci Coke Dope himself, Emtee, A-Reece, Maglera Doe Boy, Flvme and Killer K. There is no doubt that this is really something to look forward to. The album has also been made available for pre-order on all digital and streaming platforms. 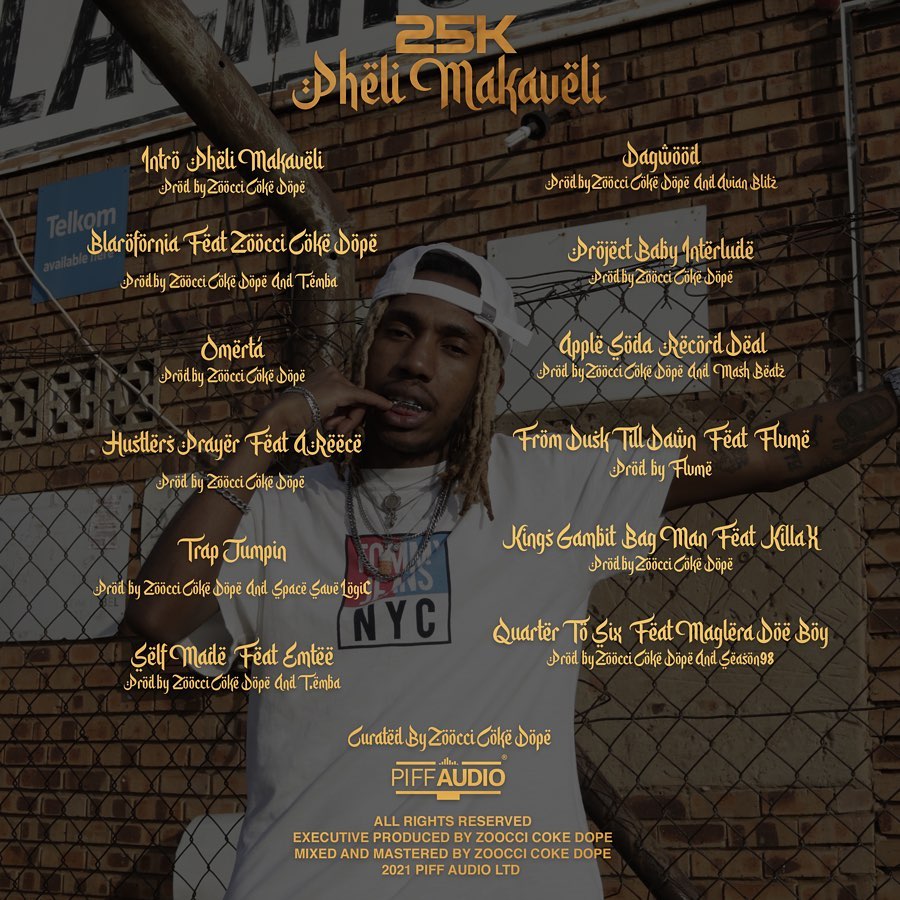 Tags
25K
John Jabulani Send an email 22 July 2021
Back to top button
Close
We use cookies on our website to give you the most relevant experience by remembering your preferences and repeat visits. By clicking “Accept All”, you consent to the use of ALL the cookies. However, you may visit "Cookie Settings" to provide a controlled consent.
Cookie SettingsAccept All
Manage Privacy