If it appears 2Lee Stark was silent briefly, it is only because he has his hands full preparing for the release of a new body of work. As a prelude to the release of his debut studio album titled “The Complex,” the songster has promised fans two new singles, “Boss” and “Uyajola” on 21 August 2020.

He made the announcement of the upcoming singles on his Twitter page. The date for the release of “The Complex” has not been given. But it is believed in South Africa’s music circle that the 15-track body of work drops in October.

“Boss” and “Uyajola” may be considered promotional singles for the imminent album, and heralds of what is to come. 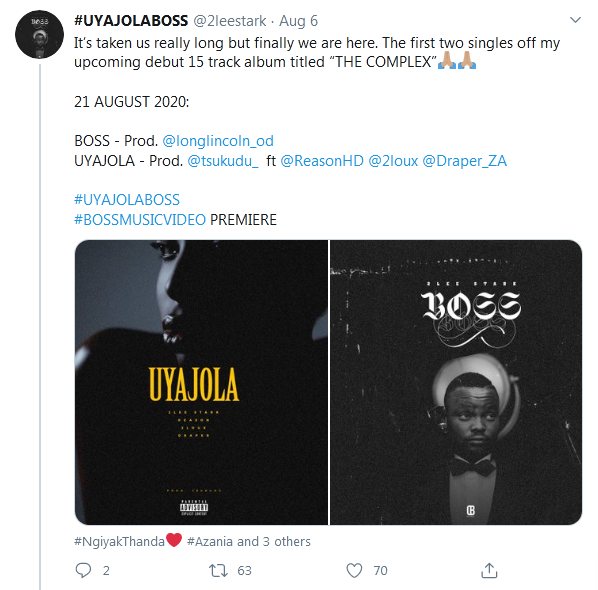 Having informed you of the album’s coming, we are of course watching for when it will be released and will bring it to you immediately. In order not to miss out as soon as the album is released, we encouraged you to follow our social media channels as well as subscribe to our newsfeed. Best belieeve you’ve got nothing to lose whatsoever.

What are your expectations regarding the imminent album? You might want to join the conversation by dropping your thoughts in the comment section below.