Movie producer Shona Ferguson might be dead, but he’s still alive in the hearts of those who love him, including, of course, his wife, Constance “Connie” Ferguson.

It’s been three months since Shona died, and Connie has remembered him every month since then. Her latest remembrance was in the form of a video posted to Instagram.

In the clip, she and her late husband could be seen together having a relaxing moment, watching a flick. In the caption, she noted it’d been three months since his death and that she cherishes every moment they shared.

According to her, their moments were funny as hell, and she’ll never stop missing him. It has not been easy for her, but her faith has been strengthened. And he’ll forever be in her heart. You can check out her post below.

Connie and Shona Ferguson share a deep bond and an exciting love story. And many out there looked up to them for couple goals. 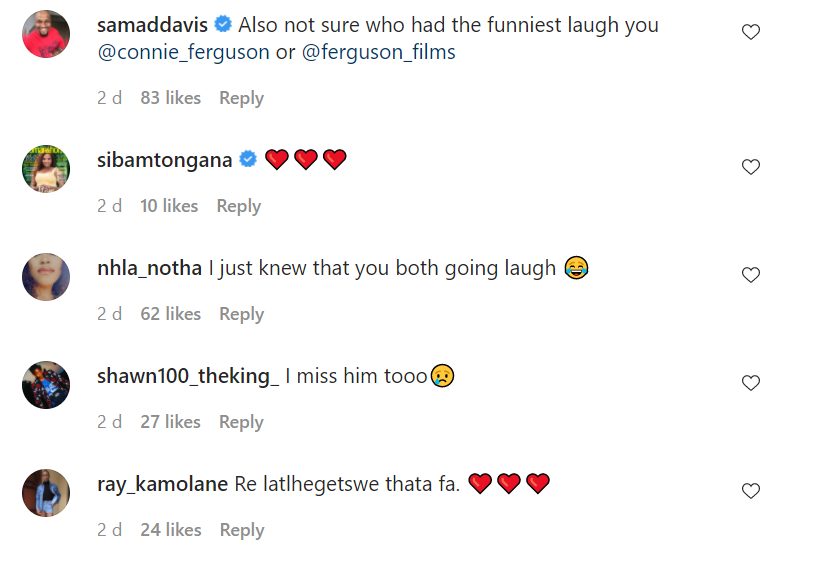 Connie was divorced when she got married to Shona, who already had a daughter from a previous relationship like Connie herself.

Shona died from coronavirus complications in late July after battling the virus for weeks. And Mzansi has continued to remember him.

Tags
Connie Ferguson Shona Ferguson
John Israel A Send an email 1 November 2021
Back to top button
Close
We use cookies on our website to give you the most relevant experience by remembering your preferences and repeat visits. By clicking “Accept All”, you consent to the use of ALL the cookies. However, you may visit "Cookie Settings" to provide a controlled consent.
Cookie SettingsAccept All
Manage Privacy